Despite the cryptocurrency market undergoing a turbulent moment, enthusiasts of digital assets are dominating the 2022 World Economic Forum meeting in Davos which brings together both global political and business leaders.

Cryptocurrency executives from different firms attending the meeting have taken over Davos main street to push for the adoption of digital assets, Reuters reported on May 23.

In this line, different activities, including a free Bitcoin pizza stall and a “Liquidity Lounge,” are among the treats offered to attendees on the sidelines of the event.

Several blockchain companies like Securrency are leading the cryptocurrency agenda.  According to the firm’s CEO, Dan Doney, attending this year’s session aims to establish relationships and networks and highlight how to bridge the gap between new technologies and traditional finance.

Interestingly, Securrency set up an agenda panel for cryptocurrencies outside the security cordon outside the main conference centre.

Elsewhere, according to Stan Stalnaker, the chief strategy officer at social network Hub Culture, most of Davos’ storefronts at 50% have attracted crypto and blockchain-based entities.

Despite most cryptocurrency entities taking to the sidelines of the event, the impact of blockchain on different global sectors will feature in the main discussion.

For instance, crypto industry opinion leaders like SkyBridge Capital founder Anthony Scaramucci are expected to present the environmental sustainability goals of Bitcoin. The session will mainly focus on the controversial Bitcoin carbon footprint.

As a follow-up, the WEF is also expected to host the 5th Annual Blockchain Central Davos. Additionally, the event will attract leaders drawn from the blockchain, crypto and government to discuss the future of decentralised tech.

The focus on digital assets at the Davos event comes as the crypto market undergoes high volatility, with several experts opining that the sector has entered into a winter season.

During the session, the International Monetary Fund warned that the world faces a major financial challenge after WWII. Consequently, the author of the personal finance book ‘Rich Dad, Poor Dad’ Robert Kiyosaki, through Twitter on May 23 advocated for investing in gold and Bitcoin amid the uncertainty.

As reported by Finbold, Delta Blockchain Fund founder Kavita Gupta believes that the current crypto market correction has ushered in the ‘winter season. According to Gupta, the market should brace for over one year of Bitcoin price correction.

Furthermore, the regulation debate has also emerged in the wake of the TerraUSD crash that saw investors lose billions of investments. 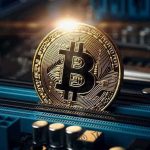