Shares of the Chinese electric automaker fell earlier in the week due to fears about the Chinese economy as a potential default on $300 billion debt by Chinese real estate developer Evergrande could have worldwide economic and financial market ramifications, even on the cryptocurrency market.

Recent developments have been less than encouraging: both the medium and short-term time horizons, therefore, show unfavorable signals. Over the last month, XPEV has been trading in the $36.01 – $42.50 range, which is quite wide, and it is currently trading near the lows of this range. At the moment, there is not a quality setup, although prices have been consolidating lately.

When analyzing the support, we notice a critical area at $34.69 from a horizontal line in the daily time frame. Conversely, a resistance zone ranging from $38.90 to $39.96 is formed by a combination of multiple trend lines and important moving averages in multiple time frames.

Overall, XPEV has outperformed 91% of the other 24 companies in the Automobiles industry. When looking at the yearly performance of all stocks, we can see that XPEV is one of the best performers, outperforming 86% of the market thanks to gains made around ten months ago.

Despite the growing fears of a default by Evergrande, 6 Wall Street analysts projected an average price forecast of $56, with a high of $72 and a low of $46 for Xpeng over 12 months. The average price estimate implies a 52.42% upside from the most recent price of $36.74.

Furthermore, based on the price projections of 6 TipRanks experts’ stock recommendations for XPEV over the last three months, all six analysts advise to ‘Buy, ‘while none favor ‘Hold, ‘or ‘Sell.’

Based on their recommendations, the consensus rating for XPEV stock is a ‘strong buy,’ with a 52.42% upside, making it an attractive buy for both traders and investors, as even their lowest price projection of $46 is greater than Xpengs current price of $36.74.

Elon Musk praised China’s domestic electric vehicle manufacturers on Friday, calling the country’s automakers “the most competitive in the world.” 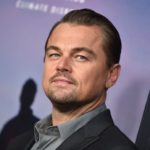