Amid the ongoing crypto market volatility, XRP appears to defy the odds by recording significant gains as the token’s parent company Ripple continues to be embroiled in a legal tussle with the Securities Exchange Commission (SEC).

XRP’s rally has stood out, considering that most altcoins are still experiencing a downturn in value. Although most assets are trading in the red zone, XRP’s positive gains can partly be attributed to the recent developments in the Ripple case with the SEC.

Notably, SEC is suing Ripple for releasing XRP as a security, but the agency’s defense has appeared to falter, translating to the shifting dynamics in XRPs’ price. Recently, the judge overruled the regulator’s attempt to withhold the documents relating to former Division Director William Hinman.

The documents in contention concern a speech Hinman delivered at a summit where he said Bitcoin (BTC) and Ethereum (ETH) are not securities.

Therefore, the latest developments point to a possible win for Ripple, and the presiding judge might dismiss the case. If the case is ruled in Ripple’s favour, it will be a significant win for XRP.

XRP’s positive returns have been reflected in other metrics around the asset. In particular, Finbold reported on September 30 that XRP’s three-month social activity recorded 1.95 billion social engagements from 9,424 social contributors.

Regardless of the SEC case outcome, XRP will likely benefit from Ripple’s ongoing network adoption seeking to power cross-border payments. Already XRP has been chosen by banks to power transactions at 2%.

At the same time, Ripple Labs has been aggressively expanding its services, a factor that saw the company earn a ranking in the top Fintech 250.

However, uncertainty still lingers on the future, with the crypto community at CoinMarketCap having projected that XRP would trade at a median price of $0.4166 by October 31, 2022. 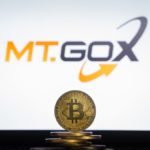