Speaking on the “Behind the Startup” series on Hackernoon, CEO of YeFi, Pekka Kellka, addressed DeFi and Blockchain with Ishan Pandey.

When asked to elaborate on Vitalik Buterin’s announcement that the most important update to the Ethereum blockchain since 2015 recently went into effect, and its implications for the Ethereum ecosystem, Kellka responded:

“How many hours do we have? Let me start first by saying this: Ethereum will be the biggest game-changer in the global business. It will be “the global computer.” It will be bigger than AWS, Azure, and Google combined.”

“Ethereum’s biggest change on the recent EIP (Ethereum Improvement Proposal) 1559 was the change on “the economical model” which will make ETH deflationary in the longer run.”

Indeed, larger platform changes to the Ethereum network stabilized and enhanced the network in many ways, allowing for more trust in Ethereum in general.

Due to the EIP1559, ETH tokens will be withdrawn from the market every time a transaction is made, and the basic fee amount will be “burned” on every transaction.

It is predicted that as the number of Ethereum transactions increases, more ETH will be “burned” than created (mined). Thus, the demand for ETH will far outstrip supply.

Ethereum will become the world computer

“But “the money-making machine” of ETH is just a side product. Most importantly, Ethereum will become the world’s computer, as I mentioned earlier.”

Even more significant changes are expected to occur when ETH2.0 is released, likely by the end of the year.

According to the CEO, as a result of “Sharding,” the Ethereum network will be used much more cost-effectively, lowering transaction costs and substantially increasing transaction speeds, saving a lot of energy.

Finally, in terms of developments, we will see in the crypto space, particularly in the post-covid-19 era, Kellka expects the entire blockchain and cryptocurrency landscape is about to explode. 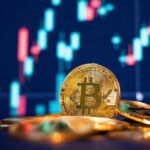