The “Fortune favors the brave!” ad appeared at the height of the cryptocurrency bull run and was also featured during this year’s Super Bowl in February, but it has since disappeared from TV and received plenty of negative press after Damon’s claim that only cowards wouldn’t purchase cryptocurrencies but that diving in wholeheartedly would need the bravery of an astronaut.

In 2022, the value of Bitcoin and Ethereum fell by around 60% from their respective peaks. Since then, the cryptocurrency industry has seen a run of bankruptcies of hedge funds and lenders, such as Celsius Network, Voyager Digital, and Three Arrows Capital, and firms such as Blockchain.com, Coinbase, and Crypto.com reducing down on their operations.

As a result of the fall in the crypto market, the Damon commercial has been the target of ridicule all over the globe, and it seems that it is destined to be remembered as one of the most spectacular own goals in the pages of advertising history.

Crypto.com is most likely aware of this, so they have taken the prudent step of making the advertisement on YouTube private. Despite this, Archive.org allows you to watch it there.

With the ongoing volatility, celebrities have faced criticism for remaining silent. Part of the criticism stems from the celebrities’ failure to warn investors against the hazards of the sector. 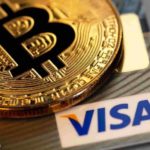