As investors grow wary after the recent surge in digital tokens, cryptocurrency prices fluctuated on Monday. At the time of publication, only one out of the top ten cryptocurrencies was trading up.

Currently, the worlds flagship digital asset is trading at $47,929, down 1.51% in the last 24 hours and down 4.45% in the last seven days, according to CoinMarketCap.com

In a little more than a week, Bitcoin will become legal money in El Salvador, and this event may likely see BTC break past the $50,000 psychological barrier.

Josh Rager, a well-known crypto trader, believes that Bitcoin’s price will continue to rise if it can once again break through the critical $50,000 mark.

At $2.06 trillion in value, the global crypto market was down less than 2% from yesterday, whereas crypto market volume decreased by nearly 5% to $89.59 billion.

As stated, the only gainer in the top ten was Solana (SOL), now the eighth biggest cryptocurrency; despite Bitcoin’s modest decline, Solana, on the other hand, has performed well. Solana is now changing hands at $99.26, up 5.31% in 24 hours and impressively 34.99% last week.

FOMO is alive and well in the cryptocurrency world, with lesser-known coins once again beating industry giants Bitcoin and Ether in the aftermath of recent surges.

According to the Cuban government, cryptocurrencies will be recognized and regulated as payment methods on the island. As a result, Cuba’s central bank will create rules for such currencies and choose how to license suppliers of associated services in Cuba.

Japan’s largest brokerage has begun providing subscriptions to a luxury Italian meal delivery service where clients may use tokens to purchase and exchange dishes as their value changes.

Indeed, the International Monetary Fund (IMF) is concerned about the rising number of nations, such as El Salvador, who have started to recognize Bitcoin as their national currency, and how this may influence their global operations. 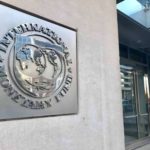