As part of the Shiba Inu (SHIB) burn effort, nine companies have decided to collaborate in order to burn a specific percentage of profits or a specified monetary amount into the official SHIB burn wallet.

The Shiba Inu token burn seems to have progressed steadily during the last several days. For instance, a Shiba Inu token burn of 2.75 million was announced on the 3rd of January by Steven Cooper, founder and CEO of Bigger Entertainment, the first crypto-based record label.

The nine companies that have pledged to the SHIB burn include Shiba Coffee Company, Bigger Entertainment, The Vibe Maquillage, Marklien, Precious Paws Save The F**king Trees, THE SHIBETTES | 1/1 NFTs, and Shiba Search.

Indeed, there is a total of nine firms that have signed the SHIB Burn Pledge, which commits to burn a specified proportion of income to the official SHIB burn wallet as part of a big burn campaign, including Bigger Entertainment’s variable burn, with artists agreeing to donate 20% of royalties to burn SHIB.

Additionally, Cooper said that to make the most out of the firm’s SHIB music NFT sale, the company migrated to the Polygon network. The gas prices associated with Ethereum are just too costly, he said, and thus they were unable to burn as much SHIB as they would have liked.

“To get the most out of our NFT sale, we’ve switched to the polygon network. Gas fees with Ethereum are just too high, and we wouldn’t be able to burn as much #shib as we’d like to,” he tweeted.

Notably, the burn rate is not fixed but rising with every company joining the burn.

With more companies joining the burn, onlookers will be keeping a close eye to see whether there is more price movement from SHIB in 2022. Interestingly, Shiba Iny ended 2021 with $6 billion in outflows in December despite adding over 80,000 new holders.

Since December, the token has been under constant pressure despite the rising number of investors. In this case, it signifies that the new holders have not purchased enough SHIB to counteract the selling pressure that has been detrimental to Shiba Inu’s value.

Whatsmore, the price reduction in December occurred even though SHIB developers had their largest token burning. Previously, we reported that 1,140,746,704 SHIB tokens were burnt between December 20th and December 26th and almost 2 billion across the whole month.

Due to the burn activities, SHIB supply is, in turn, reduced; whether this will be enough to serve as a catalyst for a price increase, only time will tell. 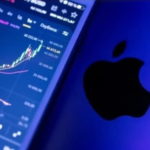