In spite of the fact that Bitcoin (BTC) has seen major price adjustments in 2022, greater investor activity has been observed in the digital commodity.

The quantity of Bitcoin is gradually being removed from crypto exchanges as investors show signs of being content with their existing holdings, according to data from behavioral analysis platform Santiment on October 4.

“With less than 9% of BTC on exchanges for the first time since 2018, it is a good bode of confidence for bulls.”

Due to the fact that Bitcoin’s supply on exchanges has dropped to another four-year low, the potential for a further market-wide selloff has been reduced.

The ongoing crypto market volatility has pushed investors to adopt different approaches to maneuver the bearish environment, with investors appearing to be waiting for a possible market rally in the future by opting to HODL their Bitcoin.

However, the balance of Bitcoin on crypto exchanges in late June was the lowest in three years, indicating that more people are pulling the coin off them and ‘hodling,’ as well as suggesting that preparations are on the way for a future bullish run, but this has not transpired and since then Bitcoin has fallen from above $21,000 to below $20,000.

In this line, Eight Global, a cryptocurrency consulting platform, forecasted that Bitcoin would have “some bullish momentum” if the cryptocurrency were to rise over the $20,100 to $20,340 barrier zone.

The consultancy platform also noted that:

“Looking at the overall price action for BTC, we can see that we are actually consolidating for quite some time now.” 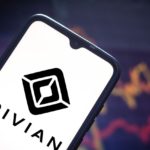