Meme cryptocurrencies rose to prominence during the 2021 bull market, recording a meteoric surge in value led by meme coins such as Dogecoin (DOGE). However, across the last year, the value of most meme coins slumped significantly as the general market experienced a sell-off.

Notably, some meme coins remain of focus, aided by factors like increased network development and use cases. Therefore, below are the five best meme coins to watch in January 2023, as analyzed by Finbold.

Although Dogecoin mostly traded in the red zone in 2022, the asset recorded minor gains backed by network development and adoption news. In particular, the asset surged after receiving backing from Tesla (NASDAQ: TSLA) CEO Elon Musk.

DOGE remains a viable investment opportunity considering that there remain speculations that the token might be integrated as a payment option on Twitter. At the same time, investors are looking for possible progress after it emerged that Musk and Ethereum founder Vitalik Buterin have plans to develop the network.

Additionally, DOGE might be aiming to build on the minor highs of 2022. In this case, Dogecoin was the second-best performer out of the top ten cryptocurrencies by market cap in 2022, having dropped 54% in value. As things stand, the asset is trading at $0.072 with daily gains of about 2.8%.

Away from the significant price correction, Shiba Inu (SHIB) is looking to hit several milestones in 2023 as the community seeks to introduce several products on the network. For instance, decentralized finance (DeFi) is looking forward to the launch of the Shiba Inu layer-2 scaling solution dubbed Shibarium alongside accelerated interest in the metaverse.

Although Bonk is gaining steam, it will be interesting to monitor if the token replicates the success of other meme coins. Based on the initial returns, the token is a definite watch for January 2023. At the moment, Bonk is changing hands at $0.0000020 with gains of over 60% in the last 24 hours.

At the moment, LUNC’s prospects will largely depend on continued support from established crypto entities alongside initiatives such as the sustained burning process. However, any developments around Terra’s founder, Do Kwon, make the token of interest. LUNC is trading at $0.00015, gaining over 1.3% in 24 hours.

Floki Inu (FLOKI) was created in the wake of the success attained by Shiba Inu. Currently, the Floki community is focusing on developing three main areas of NFT marketplaces, metaverse-based games, and educational platforms.

The success of the development is likely to offer Floki Inu more utility making it attractive to the masses. Like SHIB and DOGE, FLOKI will also be looking for possible input from Musk. By press time, FLOKI was trading at $0.0000078 with gains of about 0.5% in the last 24 hours.

In conclusion, the ability of the meme coins to rally will be dictated by the general market movement that remains in a consolidation phase. The respective communities will also need to work extra hard, considering meme coins have come under criticism for lacking solid utility. 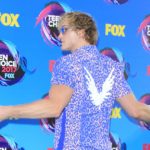