The cryptocurrency market has suffered several significant setbacks during 2022, but some of its assets have performed better than others, particularly in terms of returns per month, a new yearly report has revealed.

Specifically, the top five best-performing assets in 2022 were Tron (TRX), Monero (XMR), Binance Coin (BNB), Ethereum Classic (ETC), and Dogecoin (DOGE), as per the new ‘State of the Network’ report by the blockchain analytics platform CoinMetrics published on December 20.

In terms of the aggregated results for the entire year, all 36 assets observed in the analysis recorded declines in returns, but the drops have been the lowest for the above five cryptocurrencies. 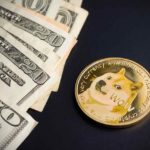 Among the top five performers, Tron measured the best results in May, when its returns increased by 33%, and in March with +19%. January and June share the position as the worst months for TRX, recording losses of 22%.

Issued by the crypto trading platform Binance, BNB performed the best in July, with an increase in asset returns of 33%, as well as +12% in March. Compared to this, the token recorded a loss of 32% in June and 26% in January.

In fourth place by the best returns performance throughout the year, Ethereum Classic measured a whopping +166% returns in July and +66% in March, as opposed to the loss of 38% in April and 36% in June.

Finally, Dogecoin saw returns of +89% in October, its best month, followed by March at +8%. Compared to this performance, DOGE’s worst month was May, when the token recorded a 31% loss, followed by December and a drop of 26%.

On the bottom of the chart, LUNA recorded a 100% loss of returns in May, after which the tracking stopped with the implosion of the Terraform Labs ecosystem that also led to the de-pegging of Terraform’s stablecoin TerraUSD (USTC).

Another loser is FTT, the native token of the crypto exchange FTX, the collapse of which resonated across the crypto industry, culminating in the arrest of its founder and former CEO, Sam Bankman-Fried. FTT suffered a 95% decline in returns in November, followed by a slowdown and a 22% drop in December.

Interestingly, Solana (SOL) found itself in the company of ‘losers’, recording a loss of 93% in returns for the entire year, with the worst performance recorded in November, when it lost 59% amid concerns about its future after validators released a total of 50.7 million SOL, worth nearly $1 billion at the time. 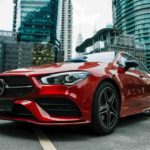