Over the recent months, Bitcoin has made significant strides towards becoming a mainstream asset, mostly inspired by institutional investors. Tesla’s (NASDAQ: TSLA) $1.5 billion investment in the digital currency largely inspired the new all-time high, and Bill Gates calls for caution among investors.

Speaking to Bloomberg TV, Microsoft’s (NASDAQ: MSFT) founder has issued an interesting view on who should invest in Bitcoin days after Tesla CEO Elon Musk contributed to the asset’s $58,300 new all-time high.

The philanthropist believes you should only opt for Bitcoin if you are the world’s richest man with tons of money like Musk.

Gates warned that you should only invest in a digital assets if you have more money to spare.

“Elon has tons of money, and he’s very sophisticated, so I don’t worry that his Bitcoin will sort of randomly go up or down. I do think people get bought into these manias who may not have as much money to spare. My general thought would be that if you have less money than Elon, you should probably watch out,” said Gates.

Gates maintains that he has not invested in Bitcoin due to the asset’s speculative nature. He notes that his money is in companies that produce products.

Musk, a big proponent of cryptocurrencies, contributed to the Bitcoin rally stating it will soon be accepted as a payment form.

Alongside promotional tweets, Musk’s input saw Bitcoin surge by at least 76% in February, hitting the new all-time high, before plunging by about 13%.

By the time of writing, Bitcoin was trading at $47,304, according to data provided by Finviz.com.

Both Gates and Musk, as the world’s wealthy people, their opinion on cryptocurrencies play a key role in the sector’s prospects.

Currently, Musk is ranked as the second richest person globally with a net worth of $161.5 billion. Elsewhere, Gates lies fourth at $123.2 billion according to the Forbes billionaires index.

Although Gates wants the wealthiest people to invest in Bitcoin, Musk has advised against putting all life money into the asset. The Tesla CEO notes that:

“People should not invest their life savings in cryptocurrency, to be clear — that’s unwise. There’s a good chance that crypto is the future currency of Earth, and it’s like which one’s it going to be? Maybe it’ll be multiple. It should be considered speculation at this point. So don’t go too far with the crypto speculation front,”

Despite Gates remaining skeptical about Bitcoin, most institutions like MicroStrategy and PayPal have shown support for the digital currency. 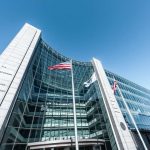