Largest hedge fund Bridgewater Associates founder and author of the bestseller “Principles: Life and Work” Ray Dalio has said there is a possibility bitcoin might be outlawed by governments.

Dalio’s stand comes as bitcoin has surged in value over recent months, hitting an all-time high above $61,000 on March 14, 2021. The asset’s rally began in the wake of increased debt levels and low-interest rates in 2020.

The billionaire investor highlights that India is already setting the environment for making it illegal to own Bitcoin as it might compete with cash, despite the 30% growth of crypto transactions on India’s digital assets exchanges.

In his upcoming book, “The Changing World Order,” Dalio points out the U.S. gold ban was due to fears that the precious metal might replace cash, a fate that can befall bitcoin.

“Every country treasures its monopoly on controlling the supply and demand. They don’t want other monies to be operating or competing because things can get out of control. So I think that it would be very likely that you will have it under a certain set of circumstances outlawed the way gold was outlawed,” Dalio said.

In the event of a government ban, bitcoin’s demand will probably drop and consequently the price. At the same time, Dalio also doubt’s that bitcoin’s privacy could be protected in such circumstances.

Furthermore, Dalio hailed bitcoin for proving itself over the last decade to emerge as a store of wealth.

“Bitcoin has proven itself over the last ten years. It hasn’t been hacked. It’s by and large, therefore, worked on an operational basis. It has built a significant following. It is an alternative, in a sense, storehold of wealth. It’s like digital cash. And those are the pluses,” Dalio added.

His sentiment comes as Tesla (NASDAQ: TSLA) CEO Elon Musk announced that it is now possible to buy Tesla using bitcoin. The announcement saw the price of bitcoin surge to trade at $56,804 by press time, according to data provided by Coinmarketcap.com.

Over the recent past, Dalio has flip-flopped on his bitcoin stand. After the asset hit the $17,000 mark in November 2020, he also mentioned the top digital currency might be banned while dismissing its store of value status.

However, in December last year, Dalio once again changed his stand on bitcoin and other cryptocurrencies. He stated that bitcoin has evolved, earning a comparison to gold. Dalio hailed bitcoin as a perfect gold diversifier.

Watch the video: Principles For Success by Ray Dalio (In 30 Minutes) 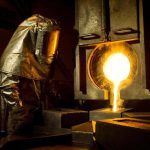