Economics and financial experts are predicting what will happen next in the wake of recent price increases and the general inflation which have impacted the United States economy.

In light of recent market volatility across a range of asset classes, Peter Schiff, a globally respected economic and financial expert, took to Twitter on May 9 to express his thoughts on the present situation.

Schiff forwarned that the United States economy is on the brink of collapsing once again, but this time with more severe effects than those seen during the outbreak of Covid, which resulted in millions of job losses.

“The entire U.S. economy is about to shut down again, but this time it won’t be a dress rehearsal like with Covid19. This will be the real thing. We won’t ask businesses to close they’ll have no choice but to close. Tens of millions will be fired from jobs that will never return!”

In 2008, Schiff gained national attention as one of the few analysts who successfully predict the financial crisis months in advance.

Schiff expect Bitcoin and Nasdaq correlation to break down

Notably, Schiff is also well known in the crypto space for his thoughts on Bitcoin, as he doesn’t believe in cryptocurrency. His stance is Bitcoin is not backed by anything other than people buying it, which undermines its value.

With U.S. inflation at a 40 year high much has been made about Bitcoin as a hedge against inflation. The dollar’s depreciating value is cited as one of the primary reasons investors want to invest in the cryptocurrency, often described as “digital gold” due to its limited quantity.

However, the U.S. dollar index rose to its highest level in 20 years on Monday, May 9, despite the raging inflation. Meanwhile, $280 billion has outflowed Bitcoin’s market cap since the start of 2022.

“Much is being said about the high correlation between Bitcoin and the NASDAQ, particularly the most speculative names in that index, such as those owned by $ARKK. I think that correlation may break down as the NASDAQ has a bear market rally while Bitcoin keeps falling!”

Similarly, billionaire ex-hedge fund manager Mike Novogratz, thinks that this correlation will breakdown and anticipates “more pain to come” in both markets.

Furthermore, Schiff also highlighted that Ethereum’s breaking support could also have more implications on Bitcoin which could see it crash below $30,000.

It remains to be seen if the economist will be correct once again fourteen years down the line; there are numerous elements at play, thus investors will be keeping a close eye on the markets in the coming weeks to how they react. 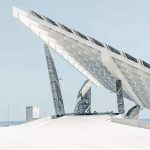 Two solid solar stocks to watch in May 2022