Bitcoin mining operations in Chelan County, Washington are going to soon face an increase in the price of electricity they purchase.

This week, the County PUD Commissioners gave their approval to the change, which would result in an increase of around 29% in the cost of the electricity required for Bitcoin mining, as per a report on June 8 by NewsRadio 560 KPQ.

The mining firms are being moved from the rate schedule for high-density loads to the newly developed cryptocurrency rate schedule, commonly known as Rate 36. This move, which Commissioner Garry Arseneault refers to as “ground breaking,” will result in an increase in their electricity rates.

Why Bitcoin miners are moving to a higher rate

Overall, Bitcoin mining businesses utilize much larger quantities of electricity, and are thus being transferred to a higher rate than all other customers.

Since Bitcoin mining currently uses nearly 25% of the available electricity from the county PUD, Douglas County has decided to stop allowing any new firms of this kind to set up in the county.

Back in 2018, the Chelan PUD Commissioners decided to begin charging cryptocurrency consumers a higher rate than other customers.

It was originally supposed to go into force in January, but the date was pushed back to June. As a result of a decision taken by the PUD Commission on Monday, it will now go into effect on June 1.

Additionally, the commissioners gave their approval for transition contracts to be issued to three qualifying bitcoin miners. This was done due to the fact that these miners had already made significant investments in their operations prior to the adoption of rate 36.

Customers on the bitcoin pricing schedule are subject to the same 3% general rate increase that applies to all customers, which will affect both the basic and demand costs.

Bitcoin mining in the U.S.

In just the last week the state of North Dakota to became home to green Bitcoin mining company Bitzero. 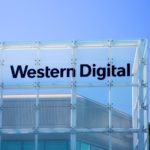