Bitcoin (BTC) has extended its winning streak from the start of the year, as bulls appear to take control of the maiden cryptocurrency after weeks of an extended sideways trading pattern.

Additionally, the rally also resulted in Bitcoin’s market capitalization hitting $349.9 billion. Notably, the Bitcoin gains represent a surge in value for the last nine days emerging as one of the consistent gaining streaks since 2021.

The sustained positive streak by the maiden cryptocurrency has been inspired by several factors, including the possible easing of macroeconomic factors that have translated to the projection of a less aggressive Federal Reserve interest hike. Notably, the United States Consumer Price Index (CPI) and inflation data set for release on January 12 is expected to come in lower.

Despite the gains, institutional investors led by BlackRock and Morgan Stanley are also increasing their stakes in cryptocurrencies.

It is worth noting that Bitcoin’s reclaiming of $18,000 comes after the now-collapsed FTX crypto exchange reportedly recovered $5 billion in cash and cryptocurrencies. The amount is expected to be channeled toward paying creditors. Notably, the FTX collapse accelerated Bitcoin’s extended 2022 correction.

On the other hand, Bitcoin’s ability to retain the bullish stand could be cut short with possible regulatory scrutiny. In this line, Michelle Bowman, a member of the Board of Governors of the Federal Reserve System, pointed out that incidents such as the FTX collapse highlight the threat posed by cryptocurrencies hence the need for regulation.

Bitcoin’s one-day technical analysis on TradingView has turned bullish with a summary of the gauges going for the ‘buy’ sentiment at 14. Moving averages are for a ‘strong buy’ at 12, while oscillators are ‘neutral’ at 2. 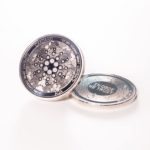 First-ever Cardano smart contract on Python revealed; Here’s what you should know