A Reddit user has analyzed “every shilled coin” from 2017 to 2021, publishing the findings on the subreddit “cryptocurrency” on November 4, 2021.

The research included the period from January 1 to December 31 of each corresponding year, and all cryptocurrencies on the list were ranked according to their return on investment (ROI) from the date of their initial coin offering (ICO) until October 30, 2021, as determined by Reddit user doctorbirdee.

It’s worth noting that, as per the research, Bitcoin (BTC) has the best return on investment from the date of its ICO, but that, when compared to many other cryptocurrencies, it delivers a lesser return on investment year after year. However, the flagship digital asset still returned 213% in terms of ROI so far this year.

Notably, with Bitcoin’s ROI compared to other assets this year, BTC outperforms most metals, stocks, currencies, and indexes.

Aside from ranking second in terms of ROI, the Shiba Inu (SHIB) also had the biggest rise in 2021, increasing by 84493506% this year. Nonetheless, with just one year of historical data on SHIB, predicting future returns on this currency is difficult. It is only in the last year that Shiba Inu has pumped, as it lost a large amount of value in 2020 (94%).

Additionally, Ethereum (ETH), the second biggest asset by market capitalization, ranks third overall from its foundation to the completion of the research while also generating a return on investment of 586% from the beginning of 2021. Interestingly, Ethereum surpassed Bitcoin in terms of returns in 2020 and 2021, although it did much worse during the Bear Market.

Comparatively, the decentralized asset Solana (SOL), called the “Ethereum killer,” has had spectacular growth in 2021, increasing by 12941 percent. The high-performance proof of stake blockchain has risen to become the fourth biggest digital currency by market capitalization after recently hitting new all-time highs.

Although one coin on the list, AMP, had its initial coin offering in 2020 and is the only currency in this chart to have continuously provided negative growth, the other cryptocurrencies on the list have all given positive returns.

Coinciding with the lack of widespread acknowledgment of cryptocurrencies in earlier years, social media platforms like Reddit are increasingly crucial in driving talks around cryptocurrencies. For instance, Reddit’s Bitcoin subreddit continues to grow in popularity, with more new members joining the community. 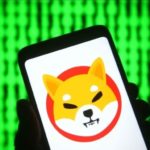