Bitcoin (BTC) had its most significant climb in over six weeks on Sunday, trading at over $39,000 for the first time since June 16.

Currently, the world’s flagship digital asset price is trading at $38,181, which is a 10.3% increase in the last 24hrs. Furthermore, the coin has grown 20.75% in the last week alone, following reports that Amazon (NASDAQ: AMZN) is seeking to employ a digital currency and blockchain product lead.

After weeks of market fluctuation, for the first time since May 9, the price of BTC has gone over its 50-day moving average, a key line of support for investors and traders based on historical patterns as it shows an uptrend.

At press time, Bitcoin’s dominance is currently 47.06%, a 0.89% rise from the previous day, according to CoinMarketCap.com data.

This new spike follows Amazon’s announcement on its jobs page that it is searching for someone to “innovate within the payments and financial systems” on its platform.

The crypto product lead will be a member of the company’s Payments Acceptance & Experience team, working with Amazon Web Services (AWS) to develop a cryptocurrency-based strategy that will be incorporated into their client experience, according to the job description.

After plummeting below the key $30,000 support level to $29,000 on Tuesday last week, the cryptocurrency has rallied.

However, in response to concerns about Bitcoin’s environmental effect, the Bitcoin Mining Council released a study saying that most of the Bitcoin network is now powered by renewable energy.

Following the Bitcoins rise, as in general, the market has followed suit digital assets such as Ethereum (ETH), Cardano (ADA), and Dogecoin (DOGE) have also risen.

Ethereum, the second-largest crypto by market cap, is presently trading at $2,323, a 6.75% increase in the last 24 hours and a rise of 22.38% in one week alone. Crypto trading analyst Josh Rager confirmed: “$ETH at a key level here on daily.” 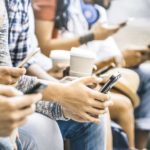 Study: Millennials and Gen Z failing to prepare for retirement