Following a short dip below $40,000 at the start of the week, the price of Bitcoin (BTC) has continued to climb back on Thursday, January 13.

The flagship digital asset experienced the most extended continuous decline since 2018 in the first week of January, with some crypto market experts warning that a sell-off might occur if BTC goes below the crucial psychological level of $40,000.

Currently, Bitcoin is changing hands at $43,618, up 2.15% in the last 24 hours and down 4.98% across the previous week, according to CoinMarketCap statistics.

The cryptocurrency presently has a market value of $825 billion and an overall market dominance of 39.8%, as it looks to break above a critical resistance level at $46,000 after briefly testing resistance at $44,000.

Despite losing out on his six-figure price estimate for 2021, PlanB has remained firm on his Stock-to-Flow projection, which puts Bitcoin on the road to new all-time highs in 2022 based on current market conditions.

Elsewhere, the CEO of cryptocurrency exchange OKCoin, Hong Fang, has said that the $100,000 price target for Bitcoin is still in play, even though it is very susceptible to market fluctuations.

The dollar’s depreciating value is cited as one of the primary reasons investors want to invest in the cryptocurrency, often described as “digital gold” due to its limited quantity.

Investors should exercise caution, though, since the Federal Reserve is projected to boost interest rates this year to battle increasing prices, which might result in a move away from crypto and into conventional savings accounts.

Altcoins in the market

Other leading cryptocurrencies have experienced a similar upturn in fortunes to Bitcoin, with Ethereum (ETH), Binance Coin (BNB), and Solana (SOL) all up on the day.

We recently reported that the latter has struggled with the widespread volatility that has impacted the broader cryptocurrency market at the start of the year. Its market capitalization fell $3.5 billion, from $18.68 billion to $15.16 billion between January 1 and January 8.

The global crypto market cap currently stands at $2.09 trillion, a 3.72% increase over the last day.

It is worth mentioning that the market volume over the previous 24 hours has increased to $112.23 billion, representing a 28.51% gain. In contrast, the overall volume of DeFi is presently $15.50 billion, indicating 13.81 % of the whole crypto market, while the total volume of all stable currencies is currently $73.57 billion, or 65.55%. 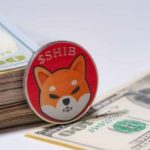