In the midst of the recent carnage on the cryptocurrency market, which has seen a decline of all of its major assets, including Bitcoin (BTC), the founder of asset management firm Mobius Capital Partners has explained its effect on the stock market.

Discussing the current situation, Mark Mobius told CNBC’s daily news podcast on June 14 that there was a strong correlation between the activities of Bitcoin and the S&P 500. As he explained:

“This is a very unique situation where billions and billions of dollars have been put into cryptocurrencies, and now it’s a tail wagging the dog. You see, Bitcoin goes down, and the S&P 500 goes down. So it’s a very unusual situation. And you’ve got millions, if not billions of people following these cryptocurrencies. So it has a big psychological impact.”

Asked by the host to explain this psychological impact and whether it’s truly the cryptocurrencies that are driving the action, Mobius said:

“It is really interesting when you see Bitcoin going down, the S&P gapped down. That is an unusual kind of behavior. It did not just go down gradually; it just gapped down. That means there was panic in the market. So I think it is a very high correlation.”

In early May, the correlation of Bitcoin with the S&P 500 reached a new all-time high, and continued to climb, resulting in actions of one being followed by similar actions by the other. In other words, when the S&P index rises, Bitcoin also rises, and vice versa.

It is worth mentioning that Finbold wrote in November 2021 about Mobius expressing his skepticism on cryptocurrencies, stating that they were a religion and not an investment option. Instead, he said, they were “a means to speculate and have fun,” adding that:

“But then you got to go back to stocks at the end of the day.”

However, the past week has also been crushing the stock market players, as stubborn inflation and worries around an increasingly aggressive Federal Reserve activities continue to exert pressure on the stock market and risk assets in particular. 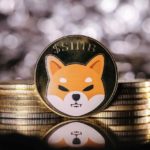 SHIB tops the list of tokens Americans want to sell the most, study reveals