The co-founder and CEO of a cryptocurrency wallet and blockchain explorer service Blockchain.com, Peter Smith, have said China’s crackdown on Bitcoin mining benefits the sector, terming it as ‘fantastic news.’

Speaking to Yahoo Finance Live, Smith noted that mining will be more decentralized with operators moving to other regions like the U.S and Europe.

Notably, most global Bitcoin mining is in China, and the sector has suffered significantly following the crackdown.

“I think it’s actually fantastic news for the Bitcoin ecosystem. You’re going to see a diversification of mining operations around the world. We’ve been seeing that trend over the last two years, as large mines are built in Europe, the U.S., and a variety of other geographic locations—but that trend is going to accelerate hard now,” said Smith.

According to Smith, in the next few years, more mining operations will relocate overseas, easing the centralization concerns in China. He notes that the entire cryptocurrency sector will reap with miners offloading their Bitcoin holdings and relocating.

The concerns about Bitcoin mining have also emanated from the asset’s power consumption debate. However, according to Smith, mining activities on a large scale are already using clean energy sources. He believes that in the future, most miners will also be disclosing the sources of their energy.

Smith added there is an opportunity in the sector where data must be provided based on energy sourcing and consumption by mining operations.

Furthermore, the CEO said it is too early to determine the impact of the Chinese mining crackdown in terms of Environmental, Social, and Governance (ESG).

His sentiments come even as several miners begin plans to relocate to other countries ranging from the U.S. to Kazakhstan. For instance, according to Chris Zhu, owner of the Chinese mining service platform INBTC, Chris Zhu has confirmed that almost 10% to 20% of miners in China are relocating.

Amid the increased crackdown on Bitcoin mining, the crypto’s price plunges to below $30,000. However, the asset was trading at $32,376 by press time, according to data provided by CoinMarketCap.

Besides the price, the Bitcoin mining crackdown in China has resulted in the hash rate dropping 27.05% over the last 30 days. 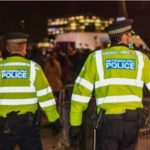