Bitcoin (BTC) is once again driving optimism in the crypto sector after reclaiming the $23,000 position while extending its 2023 positive momentum. The gains have resulted in an accelerated capital inflow into the digital asset.

By press time, Bitcoin was valued at $23,310 after rallying over 11% in the last 24 hours, representing an almost five-month high. Indeed, the gains have culminated in Bitcoin surging by almost 40% in 2023.

Elsewhere, the asset controls a market capitalization of about $438.76 billion, representing an inflow of almost $44 billion within the last 24 hours.

Notably, the latest Bitcoin price movement has come as a surprise considering the digital currency had struggled to break above the $20,000 level in recent months, with bulls retaining a technical advantage over bears.

However, investor sentiment has shifted in favor of Bitcoin despite the lingering effects of macroeconomic factors that have resulted in more bankruptcy filings. At the same time, Bitcoin appears to be defying recent regulatory concerns by bankers.

As Bitcoin enjoys new multi-month peaks, the focus is on how the asset will likely fare in the coming weeks, considering the crypto space is still plagued by uncertainty. In this line, a crypto analyst by the pseudonym Crypto Zombie in a YouTube video on January 20 pointed out that for Bitcoin to hold a possible breakout, the asset needs to sustain its price above $21,400.

He also suggested that Bitcoin targeting the $28,000 zone remains in play. However, he warned that investors should expect some turbulence in the coming week but stressed interest should be on the price action between Monday and Tuesday.

Elsewhere, crypto trading expert and analyst Michaël van de Poppe suggested that $35,000 remains in play for Bitcoin. In a tweet on January 20, Poppe stated that the current rally might last for at least two months.

“This year, we’ll probably have a window of 2-4 months in which the markets are having a strong relief rally. Might actually be the case right now already. A rally towards $35K is therefore possible for Bitcoin. Be ready, maximize, accumulate this year, and you’ll be golden,” Poppe said.

Following the current price movement, Bitcoin’s technical analysis aligns with bullishness. A summary of the one-day gauges on TradingView recommends the ‘buy’ sentiment at 15, while moving averages are for a ‘strong buy’ at 14. For oscillators, they are recommending neutrality at 8.

However, it is worth noting that at the current price, Bitcoin remains highly volatile and could be affected by a change in general market sentiment. 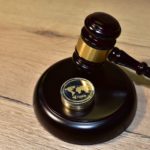