Despite its recent poor performance, Nio is still up +$0.57 (6.03%) in the past month, with a number of analysts projecting that its price can even double over the next 12 months.

Notably, Deutsche Bank research analyst Edison Yu maintained a Buy rating on the stock, boosting the price boosted the price target for Nio from $20 to $21 owing to its strong branding, unique ecosystem, and new product portfolio. Nio reported strong Q3 revenue, and according to Yu says, Nio is gearing up for a big end of the year for production.

“If you look at the very important Q4 guide that they put out, it shows that. You go from 10,000 units a month in October which was hit by Covid, to potentially 20,000 by December, a doubling in just a few months. I think that’s the key, the new models, the demand for those is very robust. We’ll start to see much more clearly in the following months”

In the last month, NIO has been trading in the $9.03 – $12.38 range, which is currently trading near the lows of this range. Nio shows a decent setup pattern as prices have been consolidating lately, and the volatility has been reduced.

There is very little resistance above the current price, and the first significant resistance is at $17.88 from a trend line in the weekly time frame, whereas support is at $9.24 from a horizontal line in the daily time frame. At the time of publication, NIO is trading above its 20-day simple moving averages (SMA) although below its 50-day, and 200-day SMA.

Nio’s technical analysis (TA) indicators on the 1-day gauges are primarily negative. The summary gauge points to a ‘sell’ sentiment at 15; meanwhile, moving averages (MA) suggest a ‘strong sell’ at 14.

The oscillators indicate a ‘neutral’ sentiment at eight while the majority (8) occupy the ‘neutral’ zone, according to the data obtained from the market analytics platform TradingView on November 22.

Interestingly, analysts on Wall Street rate the stock a ‘strong buy.’ Out of the twelve analysts covering the stock over the last three months, nine of them opt to buy Nio, while three experts advocated’ hold.’ Over the next 12 months, the average price target for NIO stock is $21.15, a 111% upside from the last price of $10.02. Notably, the lowest price target is currently higher than Nio’s current price.

Nio to climb in December?

It’s worth mentioning that Yu feels that now the worst may be behind Nio; the research analyst stressed again the importance of the December sales in a research report on November 21:

“The key to watch will be December sales as NIO will likely need to deliver something close to 20,000 units in volume to demonstrate execution is indeed improving.”

The analyst stated in a research paper released on Monday that despite the continuation of supply-chain issues and manufacturing delays, he anticipates a turnaround beginning in the early part of 2023 “supported by the government’s gradual pivot away from COVID zero.” 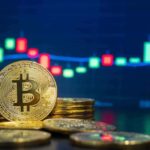 Bitcoin loses support at $15,800; What is the potential level for longs?