Cardano founder Charles Hoskinson has revealed that the platform is planning to release a research paper on algorithmic stablecoins in the next few weeks.

Through a Twitter post, Hopkinson says that the paper is part of some “unfinished business” from the Bitshares days. Notably, Hoskinson co-founded Bitshares, a decentralized exchange alongside cryptocurrency entrepreneur Daniel Larimer. However, the two split up over unclear reasons.

Early this year, Cardano parent company IOHK and EMURGO announced that the AgeUSD stablecoin would launch on the Ergo blockchain. On the other hand, Hoskinson is on record expressing his admiration for the decentralized finance concept.

In August last year, without offering more details Hoskinson said that Cardano’s algorithmic stablecoin will be better than other platforms like MakerDAO.

The announcement by Hoskinson also builds to the growing attention around Cardano. The blockchain’s native token ADA has witnessed massive growth in 2021 due to upgrades and adoption.

The platform has been recording milestones, with the ADA’s total staking wallets hitting 608,391 from 2,561 active pools in early June. At the moment, the ADA total staked value was $42.93 billion, accounting for 71.32% of the $60.2 billion in supply. 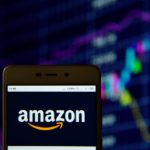