The Cardano (ADA) network continues to record growth under different metrics as the platform pushes to promote the adoption of decentralized finance (DeFi).

Interestingly, according to the latest data from the Cardano Foundation, key network activities have registered growth in 2022 despite the prevailing market downturn.

In particular, as of December 16, the Cardano smart contract feature accounted for the highest growth rate compared to 2021 at 394% hitting the milestone of 4,445.

Native tokens on the platform accounted for the second-highest growth rate at 192%, hitting the 7.3 million mark. Elsewhere, in 2022, Cardano’s transactions amounted to 56.9 million, representing a surge of 139%, while wallets hit 3.8 million, growing 47%.

Furthermore, the platform’s delegated wallets spiked to 1.27 million or a 27% growth rate, while the network witnessed 66,950 policies.

From the metrics, Cardano smart contracts remain the fastest growing segment that has lined up Cardano to emerge among the possible ‘Ethereum (ETH) killers.’ Notably, the smart contracts on the platform went live following the Vasil hard fork upgrade.

The smart contracts growth rate can be deemed impressive after initial concerns over the impact of Vasil on the feature. In this case, the community feared the upgrade would be detrimental to the smart contract functionality. Consequently, Cardano founder Charles Hoskinson clarified that the team had taken the necessary measures to ensure that smart contracts are compatible with the changes.

On top of that, as per a Finbold report, Hoskinson recently slammed crypto exchange Coinbase for not mentioning Cardano in its 2023 crypto market outlook. According to Hoskinson, the omission of Cardano was ‘pretty sad’.

It is worth noting that the registered growth has been central to Cardano’s rising popularity, with the team lining up strategic development activities. For instance, Cardano is now focusing on the Lace wallet rollout a time the foundation has already outlined its plans for 2023.

By press time, ADA was trading at $0.26 with daily gains of over 3%. Indeed, the token has been impacted by the general market meltdown complicated by the FTX crypto exchange collapse.

In the meantime, price estimates based on machine learning algorithms at PricePredictions indicate that the token will likely correct to trade at $0.246958 on January 1, 2023. 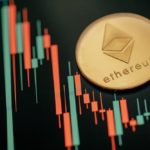