Cardano (ADA) has entered 2023 with positive momentum bringing with it the success of the top cryptocurrency protocol by development activity in 2022.

Since December 30, Cardano has risen by over 30% as more crypto traders have become interested in its price action, particularly among large-scale investors, as 28 new addresses with 1 million ADA or more have registered on the network since the start of the rally, according to data from Santiment on January 9.

Indeed, there have been 28 new shark and whale addresses holding 1 million or more ADA since the beginning of 2023, with the transaction count climbing.

Having breached the $0.30 resistance level, the position could act as a critical anchor toward ADA moving to reclaim the crucial $0.50. However, Cardano still faces uncertainty if investors start taking profits.

It is worth mentioning that ADA has generally moved in lockstep with the overall crypto market; hence, the current rising trend could be attributed to the market’s recent short-term gains. For instance, the machine learning algorithms at the crypto tracking platform PricePredictions predicted the price of ADA on January 31, 2023, would stand at $0.2756, according to data retrieved by Finbold on January 6.

ADA’s momentum may be attributable to a variety of causes, with network expansion being among the most important, as the platform is seeing steady growth in smart contracts. For example, as of January 8, the total number of Plutus smart contracts was at 4,803, with 780 smart contracts added in December alone.

Furthermore, in the first quarter of 2023 is anticipated to see the launch of two stablecoins on the Cardano network: The first is the centralized stablecoin USDA, which will be an asset backed by the US dollar. The second is the much-anticipated stablecoin Djed, a token created in conjunction with Coti. 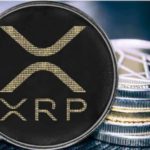