The significant buying pressure has translated to ADA’s value spiking, trading at $0.33 at the time of publishing with 24-hour gains of over 14%. Over the past week, Cardano’s price has also surged by over 28%.

Notably, having breached the $0.30 resistance level, the position could act as a critical anchor toward ADA moving to reclaim the crucial $0.50. However, the smart contracts asset remains in focus but still faces uncertainty if investors start taking profits.

It is worth noting that historically, ADA has mainly traded in line with the general crypto market; therefore, the digital currency’s latest significant rally remains vague. However, the ongoing upward trajectory is a build-up from the market’s recent short-term gains.

Overall, Cardano seeks to build on the momentum established in 2022, where almost all core network activity registered growth. At the same time, ADA has recorded increased whale accumulation, with high-net-worth investors betting on the token’s possible rally.

Furthermore, as the new year takes its course, more development activities are likely to catalyze ADA’s possible gains. In this line, the network is awaiting to release of two stablecoins slated for the first quarter of 2023.

Elsewhere, ADA technical analysis on TradingView is flashing bullishness. A summary of the daily gauges recommends the ‘buy’ sentiment at 13. The moving average gauge is also for ‘buy’ at 10, while oscillators align with ‘buy’ at three.

In the meantime, despite ADA’s price resurgence, projections for the token remain bearish. The machine learning algorithm at PricePredictions indicates that the token might trade at $0.2756 on January 31, 2023. 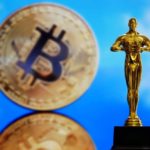 Top 5 cryptocurrency movies to watch in 2023