Troubled crypto lending platform Celsius has been sued by a former employer accusing the company of running a Ponzi scheme resulting in freezing customer funds.

Celsius former investment manager Jason Stone through his firm, identified as KeyFi in a lawsuit before a New York court on July 7, claimed that the company was involved in crypto market manipulation without implementing basic accounting measures to protect customer deposits.

According to the lawsuit, the company, which recently froze customer withdrawals, aimed to benefit itself by rigging the price of its native cryptocurrency, CEL. For instance, Celsius is accused of using a customer’s Bitcoin deposits to inflate CEL.

“We discovered Celsius had lied to us. They had not been hedging our activities, nor had they been hedging the fluctuations in crypto asset prices. The entire company’s portfolio had naked exposure to the market,” Stone said in the lawsuit.

Lack of assets to cover withdrawals

Additionally, the suit alleged that Celsius did not have enough assets to cover withdrawals and has 20 days to respond to the allegations.

Stone also claimed that his relationship with the lender deteriorated after discovering that Celsius lacked basic security controls to protect the billions of dollars in customers’ funds.

Furthermore, the lawsuit states that before hiring Stone, Celsius had no organised investment strategy. Instead, the company was “desperately seeking a potential investment that could earn them more than they owed to their depositors.”

Interestingly, before the lawsuit, it emerged that Celsius, marketed as a less risky platform than a bank and with better returns, was actually characterised by more risk than a traditional bank.

Notably, the lawsuit compounds Celsius’s troubles after the company announced a freeze on withdrawals citing troubles with liquidity necessitated by the ongoing crypto bear market.

Since the withdrawal directive, Celsius has been forced to restructure its operations by announcing layoffs in a bid to create liquidity. Concerns about the Celsius business model have continued to pile up despite the company assuring users about working on a solution.

In a statement, the company noted that it was working towards stabilising liquidity by reviewing options like strategic transactions and restructuring its liabilities.

As reported by Finbold on July 7, the company paid off its Bitcoin loan fully despite users’ funds remaining locked. 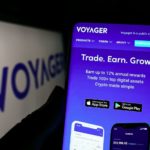