After the major news broke out of the Central African Republic (CAR) joining El Salvador on the list of countries where Bitcoin (BTC) is accepted as legal tender, its leader has expressed his optimism about the digital asset.

Indeed, President Faustin-Archange Touadéra, took to Twitter on April 27 to voice his position on the flagship digital asset and mathematics in general, as cryptocurrencies are heavily related to this area of study:

Touadéra is just one among the slew of world leaders and politicians praising cryptocurrencies, making his opinions known after CAR made Bitcoin legal tender on April 26, becoming second only to El Salvador which did the same on September 7, 2021.

Interestingly, the community on CoinMarketCap had previously placed CAR only in the 11th place as the next country to adopt crypto as legal tender, behind Paraguay, Venezuela, Anguilla, and even the United States, where a number of politicians have expressed their goal to make Bitcoin a legal tender.

After the groundbreaking decision by CAR, the table is yet to show the updated situation.

Will Bitcoin respond with a price hike?

Events such as these and public statements such as the one by CAR’s president can sometimes aid in the related cryptocurrency’s advance on the market. As for Bitcoin, they might be just what it needs to break through the price level necessary for its bullish continuation.

According to prominent crypto trading expert Michaël van de Poppe, this level for Bitcoin is $39,300. Should it flip at this level, it could be its trigger for finding a serious advance. At press time, Bitcoin seems to be successful in this endeavor, as it trades at $39,762, up 1.81% over 24 hours but still down 4.90% across the week, according to CoinMarketCap data. 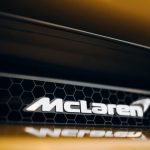