A new report has highlighted the Chinese government’s acknowledgement of the new threat posed by cryptocurrencies in facilitating drug trafficking.

The 2021 report states that the government identified a change in drug money flow from online bank transfers to cryptocurrencies as a new phenomenon, Chinese news outlet Nncc626 reported on June 23.

“The drug market continues to extend online, with more use of money and drug distribution and person-to-person transaction models <…> Drug capital transfers are expanded from online bank transfers to virtual currency and game currency; drug delivery is carried out by “bulk logistics and small deliveries,” the report read.

The utilisation of cryptocurrencies in facilitating drug trafficking likely acted as a catalyst for the Chinese government’s push to ban cryptocurrencies. Notably, in 2021, the state outlawed crypto-related activities, including mining and trading, citing that the sector poses a threat to financial stability.

Most traffickers are lured to cryptocurrencies mainly due to the anonymous nature that minimises the chances of getting caught.

Despite the increased government crackdown, a previous report revealed that Chinese cryptocurrency addresses transacted over $2.2 billion worth of cryptocurrencies to addresses linked to illicit activities between April 2019 and June 2021.

Crypto is converted to fiat via decentralised exchanges

The acquired cryptocurrencies are converted into fiat mostly with the help of decentralised exchanges. For instance, Binance, the world’s leading crypto exchange, was allegedly used as a conduit to launder over $2.3 billion of illicit money.

Before the crackdown, drug traffickers from other parts of the world reportedly worked with Chinese money launderers through cryptocurrencies to facilitate the purchase of drug manufacturing chemicals.

As reported by Finbold, drug traffickers are increasingly adopting new cryptocurrencies to facilitate vices like drug trafficking. In this case, meme cryptocurrency Dogecoin is emerging as an alternative to Bitcoin and the privacy-centred token Monero. 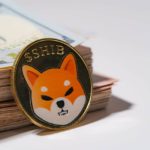