There have been contrasting opinions on the pricing of Lucid Group Inc. (NASDAQ: LCID) since shareholders approved the long-anticipated merger between Churchill Capital and the electric car manufacturer.

On Monday, September 13, 2021, analyst Adam Jonas at Morgan Stanley initiated coverage on Lucid with an underweight rating giving the firm a $12.00 price target.

Morgan Stanley claimed that with a $31 billion value, the stock market appears to have assigned an “unusually high” likelihood of possibilities where Lucid obtains considerable market shares.

At the same time, Jonas still sees “many obstacles” between Lucid and more established electric vehicle giants. However, the multinational investment bank still believes Lucid can maintain a durable niche in a tough industry. 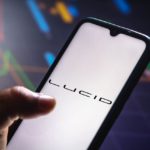 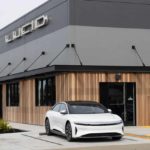 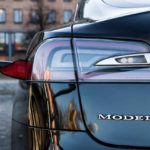 Currently, Lucid is trading at $20.06, up 0.65% from Monday’s market close. LCID has been trading in a $16.12 – $23.32 range over the past month, which is quite a wide range with perhaps some resistance above since it is now trading in the middle of this range. Prices have been fluctuating lately, so waiting for consolidation before finding a nice setup may be wise.

Itay Michaeli, a Citi analyst, began coverage of Lucid Group with a “Buy” rating and a $28 price target. According to the analyst, Lucid has the “necessary building blocks” to reap the benefits of his vehicle of the future thesis.

According to Michaeli, the company’s electric vehicle technological credentials are unmatched, and it has years of development expertise, a burgeoning brand, and speed-to-market.

Furthermore, the Citi analyst is particularly impressed with the company’s initial L2+/AV sensor/software approach; he stated:

“Lucid resembles much of what we like about Tesla, but without the lofty 2030 share & FSD/AV outcomes that one must underwrite.”

Citi analyst Michaeli has Lucid rated at $28, while Morgan Stanley analyst Jonas has a $12 price target, showing a considerable difference of opinion on the stock’s price target.

Given Morgan Stanley Jonas’s past predictions, including suggesting Tesla could reach $10 in 2019, the LCID community on Reddit recommends doing the exact opposite of what Adam Jonas and Morgan Stanley advocate.

Calichurner, an LCID community member, stated a few weeks after Adam Jonas and Morgan Stanley had upgraded Tesla (NASDAQ: TSLA), a capital increase bond from Tesla was issued by Morgan Stanley. As if that weren’t bad enough, since Elon Musk lost patience with Morgan Stanley, the investment bank has been setting Tesla lower price targets only to see share prices skyrocket.

“Recently Adam upgraded FSR, and guess what, there was a corporate bond offering soon afterwards. There’s a conflict of interest, obviously.”

EV interest on the rise

In light of the demand, for the week of September 27, 2021, Lucid plans to open the doors of its Advanced Manufacturing Plant (AMP-1) in Casa Grande, Arizona, where a select group of invited visitors will have the opportunity to see production procedures for Lucid Air and learn more about Lucid’s groundbreaking EV technology from Lucid’s top engineers. 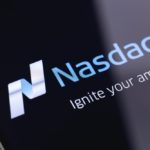