Lucid Group (NASDAQ: LCID) will open the doors of its Advanced Manufacturing Plant (AMP-1) in Casa Grande to the media, financial community, policymakers, and a select group of customers as part of Production Preview Week at AMP-1, according to a company press release on August 31.

Indeed, it announced the series of activities scheduled for the week of September 27, 2021, that would see a select group of invited visitors have the chance to see production procedures for Lucid Air and learn more about Lucid’s breakthrough EV technology from Lucid’s top engineers.

Guests will also be able to test-drive the Lucid Air and discover for themselves why Motor Trend dubbed it “an absolute mic drop” in its exclusive first-drive review. First, Motor Trend drove a Lucid Air Dream Edition Range up the winding Angeles Crest Highway and then on a range drive on the second day of its test.

445 miles on a single charge

While driving from Los Angeles to San Francisco at highway speeds, two Dream Edition Range vehicles crossed the San Francisco Bay to Lucid’s worldwide headquarters, covering 445 miles on a single charge. At the time of arrival, the cars had a remaining range of 30 and 72 miles, respectively (for totals of 475 and 517 miles).

As part of Lucid’s AMP-1 manufacturing project, Lucid completed the first construction phase in less than a year on a 590-acre property near Casa Grande. In addition to being the first dedicated electric car factory in North America, Lucid’s AMP-1 was constructed with a future-proof emphasis, allowing for subsequent growth phases at the site. As part of this, Project Gravity, the brand’s first SUV, will be produced starting in 2023.

On Wednesday’s trading session, Lucid shares plummeted, dropping over 10% by the end of the trading session. One of the most plausible explanations for the sell-off is the expiration of early-stage private investment in public equity (PIPE) investors’ lock-up provision.

Lucid’s share price has fallen over the past month because of an unclear manufacturing schedule. By way of explanation, the company has been promising investors for months that it will begin mass production and delivery of the Lucid Air Dream Edition, the most costly trim level of its luxury car, probably in the second half of 2021. As August draws to a close, the clock is ticking on delivering on that pledge.

During Lucid’s July 13 investor presentation, the company provided investors with tech and production updates. When the shift from pre-production to mass production would take place, however, it was left unanswered.

Last month, Lucid’s Chief Executive Officer Peter Rawlinson stated the firm is “on track to meet projected deliveries.” Nevertheless, the company’s move of opening its manufacturing facilities to the public suggests that it has nothing to hide and might be near to mass production. As a result, the EV company may not begin mass production in September, extending the “second half of 2021” objective to the fourth quarter at the very least.

In the last month, LCID’s price has fluctuated between $16.12 and $25.24, which is quite a wide range. Now, it is hovering just above its previous lows in this range, but prices have been decreasing sharply in recent weeks; therefore, it’s best to avoid taking any new long positions now that prices have extended to the downside.

Moreover, there are more indications of a short-term negative trend as the stock continues to move below its 20, 50, and 200-day simple moving averages. Recently, there has been a lot of volume, which indicates that the stock is going through a period of volatility; that being said, a trend line in the daily times shows resistance at $21.74, but the latest support level is still vague.

Indeed Lucid faces tough competition; between Q2 2020 and Q2 2021, the demand for new battery-electric (all-electric) passenger cars in Europe grew by 231.58 percent. All-electric car demand has tripled in the past year, according to our data. 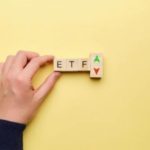 Why India ETF (NASDAQ: INDY) should be under investors' radar