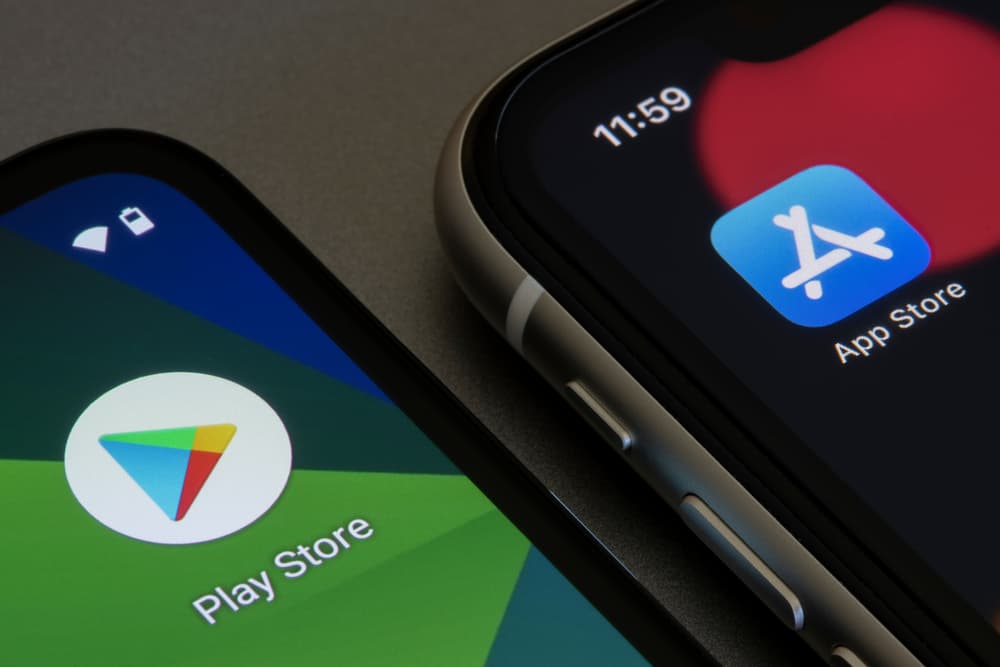 According to data acquired by Finbold, consumers splashed an estimated $41.5 billion on apps from the Apple App Store during the first six months of 2021. The spending represents a growth of 22.05% from a similar period in 2020. App Store’s H1 2021 spending is almost double compared to $23.4 billion spent by Android consumers. The Google Play spending represents a growth of 30% on a year-over-year basis. Cumulatively, spending on the two platforms recorded a growth of 24.8% YoY hitting a total of $64.9 billion.

Elsewhere, short video sharing platform TikTok extended its dominance into 2021, emerging as the most grossing app for the first half at $920 million, followed by YouTube at $564.7 million. Dating app Tinder ranks third at $520.3 million. Data on mobile app spending and grossing is provided by SensorTower.

Mobile app spending grew in 2021 mainly due to consumer behavior resulting from the containment measures around the coronavirus pandemic.

‘Big Short’ Michael Burry is not shorting TSLA but believes he should have Apple plans on making watches and MacBooks in Vietnam; Here’s how it could boost AAPL stock 40% of U.S. investors buying more crypto amid volatile market

Smartph app installs surged globally as consumers turned to apps for work, school, shopping, health, grocery, gaming, exercise, among others. From the H1 spending, the outstanding assumption is that consumers’ demand might not be slowing down, considering that most global jurisdictions have eased the pandemic control measures with the vaccine rollout.

Interestingly, the spending was mainly dominated by the gaming sector considering that our past research indicated that consumers globally used $10.32 billion on mobile games in the first half of 2021, growing 23.88% from a similar period in 2020. Like other applications, game app developers continued to innovate new means of app store monetization.

Google Play is catching up

Although the App Store spending has remained significant, Google Play appears to be catching up by recording the highest growth rate between H1 2020 and H1 2021. Although iOS remained dominant, Android flourished as the pandemic remained persistent in countries with an Android-dense population.

Additionally, the growth rate by Google Play spending might reflect the tussle between Apple (NASDAQ: AAPL) and app developers. The company was hit by antitrust accusations alongside the controversial 30% commission fee for developers.

However, Apple appears to be countering any possible dominance by introducing the App Store Small Business Program, which reduces the App Store commission from 30% to 15% for developers grossing less than $1 million a year. Additionally, to assert its dominance in the market, the company will be allowing developers to offer consumers payment alternatives outside the Apple ecosystem.

The company is also planning to leverage the 5G technology to expand its product offering. Recently, Apple announced a plan to create 20,000 jobs with a $430 billion commitment to U.S. investments. The investment will range from 5G to silicon engineering to artificial intelligence.

Notably, some of the top-grossing applications are free to use and primarily rely on advertising as a key revenue stream like TikTok. However, other apps offer premium features to supplement free packages. Apps like Tinder come with in-app purchases through subscription services.

The future of mobile app spending

Based on the established trend over the last two years, it is likely the spending will keep increasing as players in the sector aim to offer the best experience.

Due to the onset of new technologies such as cloud streaming, apps in sectors like gaming are likely to experience further growth. This ability is aided by factors like the increasing penetration of 5G technology in leading markets like the United States.

With the technology projected to revolutionize sectors like mobile applications, our previous research shows that Americans are projected to spend $61 billion on 5G smartphones in 2021. The amount is significant considering that the technology is new.