Following Bitcoin’s (BTC) recent resurgence as the flagship digital asset has climbed above the $47,000 mark, the cryptocurrency community at CoinMarketCap predicts that the asset will trade above $51,000 by the end of April.

With more than 90% of Bitcoin in circulation, the inflation rate for digital assets fell to 1.7% in March, five times lower than the rate for the US dollar, presenting BTC as a credible inflation hedge for investors.

The CoinMarketCap crypto community believes the asset will climb over 8% from the current price to trade at $51,053 by April 31. The target is based on the average votes by 55,723 members.

The prediction comes as Bitcoin is trading over the critical $47,000 mark as the month of April approaches. Notably, Finbold reported on March 28, Bitcoin gained 35% since Russia invaded Ukraine, demonstrating a divergent strength.

In the face of global market uncertainty, market speculators were eagerly watching how Bitcoin would perform as a safe haven asset, and it just achieved a three-month high, wiping out all of its 2022 losses, assuaging any concerns.

After successfully breaking beyond the $35,000 – $45,000 zone, analysts have predicted that the price of Bitcoin will continue to rise and may soon reach the $50,000 mark, it’s worth mentioning that in the last week Bitcoin climbed as high as $48,076.

Bitcoin has performed exceptionally well in recent weeks despite fears of an impending global recession. As a result, various financial experts have examined its price chart movements and come to the conclusion that there is a strong likelihood that this positive rise will continue, not only up to $50,000 but much higher.

On March 30, senior commodities strategist Mike McGlone highlighted that Bitcoin is “well on its way to becoming digital collateral.”

“There’s little doubt Bitcoin is the most fluid, 24/7 global trading vehicle in history and well on its way to becoming digital collateral in a world going that way. It’s a question of what might trip up the forces of increasing demand and adoption vs. diminishing supply.”

Ultimately, Bitcoin may well continue its upward trajectory beyond $50,000 and beyond if as Michaël van de Poppe, the founder of the crypto consultancy firm Eight says “it can flip the level,” as the flagship digital currency continues to take liquidity above recent highs. 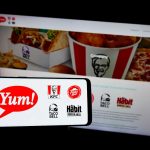