Following President Vladimir Putin’s order to invade Ukraine in a “special military operation” on February 24, an immediate sell-off in the crypto market occurred that resulted in over half a billion dollars in losses.

However, since then the price of the flagship digital asset has climbed 35% showing its strength under strenuous geopolitical market conditions. Notably, many market speculators were intrigued to see how Bitcoin (BTC) would perform as a safe haven asset and currently BTC is performing well for crypto proponents.

Lead insights analyst Will Clemente on March 28 pointed out “Bitcoin is up 35% since Russia entered Ukraine.”

“Bitcoin has closed above the short term holder cost basis for the first time since December 3rd. Hard to be bearish as long as BTC is above.”

On February 24 the day of the invasion Bitcoin had fallen to as low as $33,727 before beginning to make a recovery.

Meanwhile, Bloomberg’s senior commodities analyst Mike McGlone has stated that “Bitcoin is showing divergent strength” as a risk asset dealing well with the effects of the ongoing war in Ukraine and the highest inflation experience in 40 years as the digital asset is performing well in compassion to weak equities.

“Bitcoin Taking Risk-Off Baton? 1Q may be just another blip in the trend of rising risk assets amid the highest inflation in 40 years and war in Europe, yet our bias is that the 2022 endgame isn’t likely to be that easy. Bitcoin — is showing divergent strength.”

Previously, McGlone had stated that 2022 may be a good year for risk-asset reversal and represent another milestone in Bitcoin’s maturation.

“Facing the Federal Reserve, inflation and war, 2022 may be primed for risk-asset reversion and mark another milestone in Bitcoin’s maturation. It’s unlikely for Bitcoin to stop outperforming gold, stock market amid bumps in the road as the Fed attempts another rate-hike cycle.”

Due to increasing inflation in the United States, as well as rising energy expenditures such as oil, many people are looking for safe havens in which to place their savings and investments.

As previously reported by Finbold, Bitcoin’s inflation rate has dropped to 1.7% as of March 10 and is currently five times lower than that of the United States dollar (USD), placing the popular cryptocurrency as a defense against inflation.

Lastly, according to McGlone’s prior statements, Bitcoin may be turning into global digital collateral, given that its losses in 2002 were less than half of those experienced by the Nasdaq 100 index. 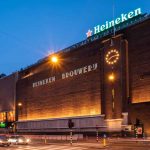