Just when industry analysts and observers expected digital asset markets to continue their downward slide, things have recovered this Friday to end the week on a positive.

Total market capitalization for all crypto assets has reclaimed the psychological trillion-dollar level today after an 8% lift over the past 24 hours. Friday morning’s Asian trading session has proved fruitful for several prominent assets, predominantly Bitcoin.

Bitcoin prices plummeted below $30K again on Wednesday and Thursday this week with a seven day low of $29,200, according to Tradingview.com. As analysts and observers started to lean bearish, the world’s dominant digital asset made a recovery and surged back to an intraday high of $34,400.

For the uptrend to resume, BTC must break its previous high of $34,800, which is serving as its closest resistance point. Failure to do so over the next day or two could result in another plunge below $30K.

Industry heavyweights such as MicroStrategy’s Michael Saylor continue to be bullish on Bitcoin with almost daily comments on the firm’s latest investment;

On the flip side, a chief investment officer of financial services firm Guggenheim, Scott Minerd, told Bloomberg that institutional interest had dried up and current price levels would not last;

“Right now, the reality of the institutional demand that would support a US$35,000 price or even a US$30,000 price is just not there. I don’t think the investor base is big enough and deep enough right now to support this kind of valuation.”

If anything, the opposite appears to be happening with the Rothschild Investment Corporation increasing its stake in the Grayscale Bitcoin Trust, which itself has increased its BTC holdings this week as total assets under management hit $25 billion again.

Even billionaire owner of the NBA’s Dallas Mavericks, Mark Cuban, has been bullish on crypto lately stating that in his opinion, “the upside is truly unlimited.”

Crypto traders have been going batty for Dogecoin over the past 24 hours as Redditors behind the recent GameStop (GME) pump turned their attention towards DOGE.

The meme-based cryptocurrency has never really been taken seriously until yesterday when it surged a monumental 800% in less than a day, with prices reaching an all-time high of over $0.07, according to Coingecko.

Other crypto assets making solid moves over the past 24 hours include Cardano, Litecoin, and Stellar, which has made an impressive 18% since the same time yesterday. 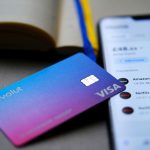 Revolut rebounded in 2020, but growth plans could hinder profitability