After its recent massive upgrade, which moved Ethereum (ETH) away from the Proof-of-Work (PoW) and into the Proof-of-Stake (PoS) validation protocol, validating transactions through staking, the network seems to be keeping its promises of greener operations as its daily issuance drops.

As it happens, the daily issuance of Ethereum has dropped a whopping 97% after the Merge, significantly cutting the net daily ETH emissions of over 12,000 ETH per day, as tweeted by the cryptocurrency analytics platform Delphi Digital on October 12.

Along with the drastic cut in daily Ethereum issuance, so have its carbon emissions decreased, justifying the position of the second largest asset by market capitalization as the leading green cryptocurrency project.

In other words, the Merge has reduced the overall Ethereum network’s power draw by an impressive 99.95%, making it entirely low-carbon and more sustainable compared to the projects that still used the PoW validation algorithm. 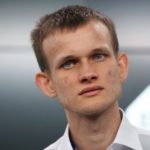 Meanwhile, decentralized finance (DeFi) economist at blockchain firm Consensys David Shuttleworth has suggested that Ethereum post-Merge was now ‘the foundation of the internet,’ as it can process more transactions than established platforms like Visa (NYSE: V), its qualities placing it in a position for mass adoption.

At the same time, Ethereum stands as the dominating force in the DeFi sector in terms of total value locked (TVL), with 57% of the total sector worth $31.14 billion, as Finbold reported earlier.

It is also worth noting that Ethereum has experienced an increase in new ETH addresses created on October 8, with 135,780 new addresses added to the network in what is the highest rise since December 7, 2021.

That said, the social interest of the crypto community in Ethereum after the upgrade has failed to impress as it has been moving in a downward pattern ever since, outpaced by Bitcoin (BTC), which has been showing an increase in social activity for the same period.

As things stand, Ethereum is currently trading at $1,274, down 2.15% on the day, as well as 6.13% across the previous week, as some crypto analysts anticipate it to kick-start one of the largest bull markets in the history of the crypto industry.

At press time, Ethereum’s market cap stood at $156.99 billion, according to the data from CoinMarketCap retrieved by Finbold on October 13. 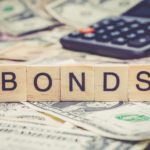