On September 26, during the evening hours, the pressure fell in both branches of the Nord Stream gas pipeline, which transports gas from the Russian Yamal Arctic to Germany. Apparently, a gas leak in Nord Stream 1 and 2 pipeline caused the fall in pressure as gas leaked out into the sea.

At the moment of writing, the German authorities are still trying to piece together the actual events that led to the gas leak, as the initial report came from the Danish authorities. Equally important, the pipeline has been a flashpoint in the energy war that Moscow has waged against Europe after Russia invaded Ukraine, causing energy prices in Europe to skyrocket.

Further, Danish authorities confirmed that both lines from Nord Stream 1 and one line from Nord Stream 2 are leaking gas into the sea, potentially threatening the Sea’s ecosystem. The Danish Energy Agency put the energy sector on orange alert, the second highest level due to these leaks.

Natural Gas EU Dutch TTF prices have jumped on the news by 5.85%, reversing some of the losses seen in the past few weeks as European economies claimed to have filled over 80% of their gas storage capacities.

Over the past few weeks, the European governments rolled out large support packages to better cope with the energy crisis, also discussing price caps on gas, as the price rose 164% year-on-year (YoY).

These measures were recently publicly scrutinized by Saudi Aramco’s CEO, stating that they’re of a quick-fix character and not long-term solutions to the underlying issues of underinvesting in oil and gas capacities.

While a statement from the German economy ministry noted that there is still no clarity on the issue and that they’re working with authorities to understand the situation better, it is becoming evident that Russia’s tactic in the economic war with Europe revolves around turning off the taps to their cheap energy.

Coincidentally or not, these new gas leaks occurred one day before the Baltic Pipe is ceremonially opened, which will help Poland ship in gas from Norway and become the first European country to wean itself off of Russian gas completely. 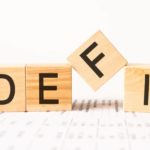