During the carnage that engulfed the cryptocurrency market over the course of last week, many investors suffered heavy losses, including those who have invested in Bitcoin (BTC), leading some to resort to drastic measures.

One of them is the 34-year-old Thailand citizen called Montri, who was arrested in Bangkok 11 hours after having robbed a gold shop on June 19, stealing gold necklaces weighing around 31.6 ounces and worth about 1.8 million baht or over $50,000, Thai PBS World reported on June 20.

Indeed, Montri, who was charged with armed robbery, admitted to having carried out the crime and described how he parked his motorcycle outside the shop, walked in with a pistol, and ran off with the loot, hiding the motorcycle before returning home.

According to the report, the suspect told the police that he robbed the gold shop because he was extremely stressed and badly needed the money due to recently sustaining heavy losses from his investments in Bitcoin during the market collapse.

What happened with the cryptocurrency market?

As a result of the crash, the flagship digital asset was dislodged from the list of the top ten assets globally based on market capitalization and currently ranks 16th, data provided by CompaniesMarketCap indicates.

At the same time, the cryptocurrency market-wide meltdown caused Bitcoin mining to become unprofitable due to its price falling to the average cost to mine it, as Finbold reported on June 17.

That said, the market seems to be on the road to recovery, with close to $70 billion flowing into its market cap in 24 hours. At press time, Bitcoin traded at $20,774, a 6.95% gain on the day but still a 9.11% loss over the previous seven days, as per CoinMarketCap data. 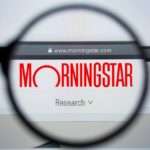