As technology and the cryptocurrency industry progress, new options become available to earn digital assets, including generating Bitcoin (BTC) by playing video games, and one developer has upgraded his vintage Nintendo console to generate the decentralized finance (DeFi) asset while playing Super Mario.

Specifically, Christian Moss, developer and co-founder at Zebedee (ZBD), a Bitcoin-powered platform that allows developers to put money in their games and gamers to earn money by playing them, has upgraded his original Nintendo to do just this, as he demonstrated in a video posted on January 23.

As Moss started playing Super Mario Bros. 3 on his Nintendo Entertainment System (NES) upgraded via Zebedee, the game sent him 10 satoshis or ‘sats’ (the atomic unit of Bitcoin) each time he scored a coin in the game, as evidenced in the split-screen video of the game and his phone payment notifications.

Taking into account that 100 million satoshis equal one Bitcoin (10 sats = 0.0000001 BTC or $0.002299 at press time), this would be a slow, albeit very fun, way to generate a profitable amount of the maiden digital asset, especially if the game is among one’s favorites.

In the comments to the video, Moss gave a tip to a fellow Bitcoin Gameboy game developer on how to implement the system, stressing that, if the game can do basic HTTP requests, then it would be easy to send sats with the Zebedee API.

The developer also said he would be presenting his project at the Bitcoin-exclusive conference Advancing Bitcoin, which is set to take place on March 2-3 in London, promising to write a detailed tutorial for anyone interested in repeating his experiment.

Interestingly, this isn’t the first time someone has enabled a video game console to earn cryptocurrency. In late March 2021, Finbold reported on a pseudonymous vlogger who modded his Nintendo Game Boy to enable it to mine Bitcoin, after failing to find an appropriate graphics processing unit (GPU) in stores.

His solution was to connect the Game Boy to a computer using Raspberry Pi Pico through the console’s link port, normally used to perform Pokémon trading and other things. The Raspberry Pi Pico allowed him to build an adapter from a link cable to USB. That said, the game console could only pump out 0.8 hashes per second. 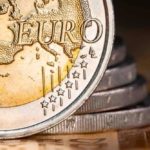 EU banking sector adds €2.3 trillion to its assets balance in a year despite geopolitical tensions