Dogecoin (DOGE) has received a boost from adoption-related development in 2022, although the digital asset’s price performance remains a shadow of its 2021 highs. Indeed, with the widespread market volatility, DOGE has lost its value by about 35% in 2022 alone.

As the year draws to a close and Christmas day fast approaches, it is essential to monitor how the digital currency will perform over this festive period. In this line, reviewing DOGE’s previous performances on Xmas day can offer insight into how the eighth-ranked cryptocurrencies will trade moving into 2023.

According to historical data acquired by Finbold, over the last three Christmases, Dogecoin has managed to record steady year-on-year (YoY) growth. Of interest is whether DOGE will replicate the gains in 2022.

By factoring in several technical analysis (TA) indicators, DOGE’s 2022 Christmas prediction is bearish, with the asset projected to trade at $0.065 on December 25, according to CoinCodex.com prediction. By press time, Dogecoin was changing hands at $0.10 with losses of about 2% in the last 24 hours.

Furthermore, the Dogecoin community on CoinMarketCap remains bearish on the prospects of DOGE towards the end of 2022. The community leveraging the price estimate feature predicts that Dogecoin will trade at an average price of $0.0975 on December 31, 2022. The value represents a drop of about 5% from the asset’s price at the time of publishing.

Elsewhere, the Dogecoin technical analysis signals a bullish outlook for the asset. A summary of the daily gauges on TradingView aligns with ‘buy’ at 15 while moving averages lean towards a ‘strong buy’ at 13. For oscillators, the analysis is ‘neutral’ at six.

Overall, as the cryptocurrency market languishes in a scene of uncertainty, Dogecoin has recorded gains mainly inspired by input from Tesla (NASDAQ: TSLA) CEO Elon Musk.

Musk remains one of the biggest supporters of the meme cryptocurrency, with his purchase of Twitter touted to give DOGE more utility. Notably, there is speculation that Dogecoin might be integrated as a payment option on Twitter.

Indeed, DOGE’s performance has resulted in over 60% of the holders remaining in profit, according to a Finbold report on November 28. Notably, a big share of the holders are likely betting on Dogecoin’s long-term prospects considering that 69% have accumulated the token for over one year.

In this line, the holders are optimistic thanks to planned additional developments to improve the network. For instance, reports recently emerged that Musk and Ethereum (ETH) founder Vitalik Buterin is planning to combine and develop DOGE further. 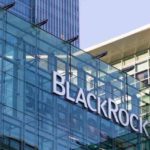