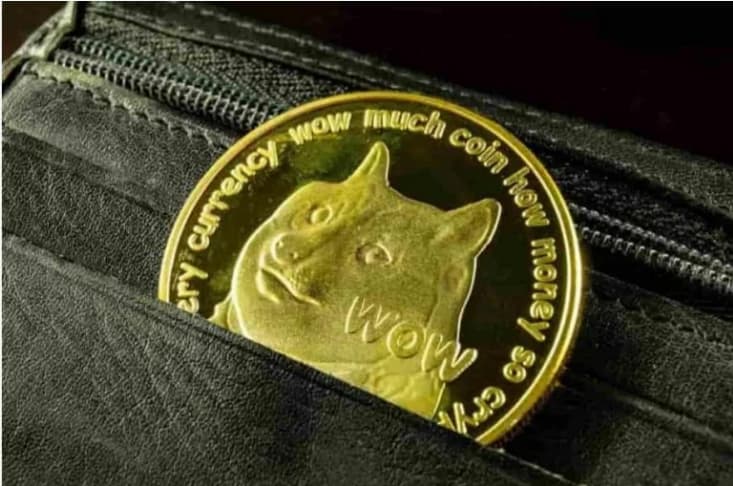 Dogecoin’s price has surged 38% following the weekend market crash, but the meme-inspired cryptocurrency is still trading on a downward trend over the last seven days.

By press time, the altcoin was trading at $0.34, struggling to break the $0.4 resistance barrier despite Elon Musk’s continued support for the cryptocurrency.

If the barrier is clear, dogecoin will likely embark on a momentum targeting the $0.5 level. However, if DOGE fails to clear the current resistance levels, the price will potentially tumble further.

However, Dogecoin’s target of $1 remains in play fuelled by the popularity and the increasing hype around altcoin. With DOGE relatively a cheap asset, the crypto might record a further inflow of capital from retail investors, possibly driving the price further. Additionally, the coin’s ongoing network development and continued input from Musk will potentially add to investors’ sentiments.

Recent development mainly inspired by Musk has a potential to pave the way for dogecoin’s upward growth. However, amid DOGE’s rally, the meme crypto has come under sharp criticism for lack of real-world use case.

Consequently, Musk said he is working with dogecoin developers to improve system transaction efficiency. In addition, he recently solicited feedback from the public on ideas to enhance the joke crypto even further.

The development of the DOGE network is aligning the asset to directly compete with other digital currencies especially on the institutional investment front. Therefore, dogecoin is likely staring at a more bullish future if the upgrades meet their targets.

Furthermore, Musk announced that Tesla (NASDAQ: TSLA) is looking for energy-efficient crypto for transactions after the EV manufacturer suspended bitcoin payments for vehicle purchases. The announcement has led to speculation that dogecoin might be in line to replace bitcoin. Therefore Elon Musk’s next decision on DOGE will be critical to the asset’s price movement.

Although Musk has remained bullish about dogecoin contributing to the asset’s rally, some leading crypto analysts express skepticism about the crypto’s long-term prospects.

For example, Crypto investment firm Galaxy Digital CEO Mike Novogratz warned about dogecoin’s rise stating the asset has no concrete support. According to Novogratz, the rise of dogecoin mirrors the surge of GameStop stock fuelled by discussions on social media platform Reddit.

Elsewhere, Chief Operating Officer of cryptocurrency exchange OKCoin Jason Lau believes the crypto’s inability to sustain gains is due to a lack of fundamental support like interest from mainstream investors.