The United Arab Emirates (UAE) is carrying on with its widespread implementation of the metaverse throughout all its governmental and commercial enterprises.

In this line, the Ajman Police in Dubai became the first law enforcement agency in the world to provide its services inside the metaverse, according to a report published by posted local news outlet Khaleej Times on October 16.

Ajman Police General Command Officers were also present at the Dubai Metaverse Forum. According to Lieutenant Colonel Mohammed Abdullah Abu Shehab, the force’s participation was done to reap the benefits of metaverse technology in law enforcement.

UAE is looking to embrace the metaverse 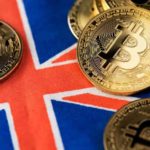 On the second day of Gitex Global 2022, the Dubai Police General Command announced the debut of a new edition of its smart application, which comprises a premium collection of 70 designed services employing the latest programming languages and artificial intelligence.

Notably, the UAE is looking to embrace new technologies to solve societal problems, and the metaverse offers a way for the police to create another communication channel. Whatsmore, the Dubai Police General Command said their cutting-edge program already has support for seven different languages, including Arabic, English, Chinese, Russian, French, German, and Spanish.

Commenting on the latest development, Major General Khalid Nasser Al Razooqi, director of artificial intelligence at the Dubai Police, pointed out that the upgraded smart device also includes a personal dashboard that stores individual information and other transactions made by the person holding the device. In addition, it also consists of the holder’s history of traffic violations and offenses, as well as other information.

UAE aims to be a metaverse hub

The UAE is close to realizing its potential as a worldwide center for the metaverse with the leadership of Sheikh Mohammed bin Rashid Al Maktoum, the Ruler of Dubai.

As a result, considering that the Ruler of Dubai has envisioned an all-digital economy for the country of the Gulf, Dubai’s metaverse project will ensure the future expansion of the Emirates’ gross domestic product (GDP).

The development of local talent, innovation, and the government’s deployment of metaverse technology are the primary focuses of this initiative. In addition, the plan calls for the expansion of blockchain-based businesses throughout the nation and the production of a significant number of new employment possibilities.

It is important to note that Dubai’s goals include expanding its push toward a digital economy and diversifying its income sources away from oil. As a result, the push for the country’s digital economy is being driven by the Dubai Metaverse Strategy, which was presented to the public in September. 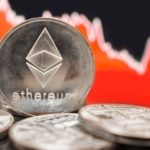