As the majority of the cryptocurrency sector continues to move in a bearish pattern, its second-largest asset by market capitalization – Ethereum (ETH) – has been under the increased pressure of its key stakeholders’ behavior over the past five weeks.

Specifically, Ethereum’s shark and whale addresses – defined as those holding between 100 and 1 million in ETH – have dumped 3.3 million ETH over the past five weeks, according to the technical analysis (TA) by the on-chain market intelligence platform Santiment published in a tweet on October 16.

In other words, more than $4.3 billion in Ethereum has been collectively dumped by the whale and shark addresses in the past five weeks, considering the decentralized finance (DeFi) asset’s price at press time.

Such dramatic behavior of a token’s largest investors typically has massive effects. Indeed, as the major holders of Ethereum were getting rid of their holdings, the price of Ethereum has decreased by more than 26% – from $1,773 on September 10 to $1,310 on October 17.

“The asset’s price vs. Bitcoin has ebbed and flowed based on behavior of these key stakeholders.”

As it happens, the ratio between Ethereum and Bitcoin (BTC) dropped by 12.7% as the whales and sharks collectively dropped 3.3 million ETH. Earlier, when these addresses were in the accumulating mode, the ETH/BTC ratio rose by 43.4% over the period of eight weeks.

Meanwhile, Ethereum has managed to add close to 90,000 unique addresses per day since its historic Merge upgrade that officially marked the network’s transition from the Proof-of-Work (PoW) to the Proof-of-Stake (PoS) validation algorithm, as Finbold reported. 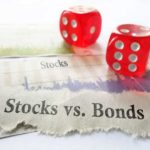