As the Russian invasion of Ukraine enters its seventh week, cryptocurrency has proven a practical method to aid the invaded people and military in their struggle. In the largest of such donations, the Ethereum co-founder Vitalik Buterin has contributed to the effort with a total of $5 million in crypto.

He also donated the same amount to Aid For Ukraine, an aid fund set up by the Ukrainian Ministry of Digital Transformation, as confirmed on the organization’s Twitter page, also on April 6.

Buterin reportedly hasn’t mentioned his donations anywhere, and they were only revealed thanks to his registered Ethereum Name Service (ENS) domain name, ‘vitalik.eth’, from which he transferred the donations.

Notably, since the beginning of the “special military operation” on February 24, Ukraine has received support in crypto from all over the world, recently topping $100 million on March 28, as Finbold had reported.

Particularly, the contributions have been made to the Ukrainian government, as well as to Ukrainian NGO: Come Back Alive, UkraineDAO, Unchain Fund, Aid For Ukraine, and Cryberpolice Ukraine.

The donations’ recipients have used them for various purposes, including military support and humanitarian initiatives. As such, crypto donations have demonstrated the ability to provide instant, cross-border money transfers that do not require mediation from conventional financial institutions.

It’s worth mentioning that Finbold first reported that Bitcoin (BTC) donations to Ukraine began pouring as Russia threatened to launch an invasion on February 8, mostly spearheaded by Ukrainian volunteers and hacker organizations.

Bitcoin surged 35% a month after the invasion started

Finally, lead insights analyst Will Clemente noted on March 28 that “Bitcoin is up 35% since Russia entered Ukraine,” showing the flagship digital asset’s resilience in the face of the challenging geopolitical market situations.

Additionally, this price marks an 8.13% drop across the previous week, according to CoinMarketCap data. The market capitalization of the largest cryptocurrency by this indicator currently stands at $826.98 billion. 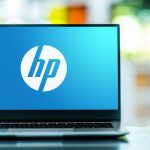