Russia’s invasion of Ukraine has, among other things, sparked an energy crisis in Europe, with countries scrambling to find alternative sources of fuel amid concerns that Russia will shut off gas taps as winter approaches.

However, fears of winter energy shortages in Europe seem to be abating with unusually mild weather for the time of the year. In addition, the scramble to fill in the inventory of natural gas, along with steps the EU took to alleviate the energy crisis in the short term, seems to be bearing fruit.

Benchmark futures for European natural gas fell by 12%, now down over 70% from their highs seen in August of this year. While the weather is expected to remain mild throughout October and possibly early November, more breathing room has been given to battered EU economies, which are still rushing to fill in gas inventories.

Nevertheless, gas prices are three times higher compared to the averages seen during this time of the year, and unusually cold months could again reignite fears of supply shocks.

Electricity prices in Europe have also gone haywire, thanks to the gas supply shocks and price hikes. Spain, for example, recorded a 50.71% increase in the average price of electricity on October 24, to €109.78/MWh.

Regardless of the gas stock, the crisis in Europe’s energy sector might set off a wave of the energy revolution, which should allow Europe to avoid problems of this magnitude in the future. 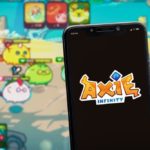