Gregory Coleman, the retired Federal Bureau of Investigations (FBI) agent who was involved in the cases of the Bernie Madoff Ponzi scheme and prosecution of Jordan Belfort, commonly known as the ‘Wolf of Wall Street’, has detailed the best way prosecutors can handle the FTX crypto exchange situation.

According to Coleman, prosecuting FTX founder Sam Bankman-Fried (SBF) is simple, and investigators only need to follow the money and treat the situation as a bad trading situation, he said in an interview with Fortune on December 21.

“In a financial crime case, the money will always lead you to the bad guys,” he said.

In this case, the former agent shared a hypothesis and noted that investigators need to look at Alameda Research as an entity that was likely not making money and received assets from FTX to cover bets. Notably, Alameda Research is a sister company to FTX, both founded by Bankman-Fried.

With Bankman-Fried extradited to the United States, Coleman also pointed out that the former FTX boss is innocent until proven guilty.

“[SBF] is just starting to understand the gravity of what he is facing and the potential ramifications. Everyone is considered innocent until proven guilty, but the facts don’t look good for him,” Coleman said.

Interestingly, Coleman warned that FTX holders might not receive some of their money even as creditors work towards recovering the assets. He stated that most of the money would likely come from liquidating assets purchased using FTX proceeds.

According to the retired agent, if the properties were purchased through digital assets, they can be traced. However, he acknowledged that tracking digital assets is a bit complex.

Indeed, Coleman helped seize the assets involved in the Bernie Madoff scandal, the perpetrator of the largest individual Ponzi Scheme. At the same time, he contributed to bringing down Belfort, with his tracking of the stocks revealing that the ‘Wolf of Wall Street’ participated in “pump and dump” schemes that artificially inflated the price of a stock.

Furthermore, Coleman also compared the three cases noting that Madoff, Belfort, and SBF likely laundered the proceeds of their crime.

However, he noted that Madoff’s case was a Ponzi scheme, while Bankman-Fried can be equated to embezzlement, and Belfort engaged in securities fraud and manipulation.

In the meantime, SBF is expected to face prosecution in the United States, with reports indicating that former FTX executives are cooperating with authorities. 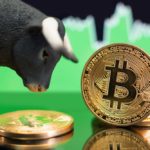 Historical data hints next 3 years could spell fortune for Bitcoin