In a press statement released on June 23, the world’s largest exchange by trading volume noted that the multi-year partnership seeks to connect Ronaldo with his fans by leveraging Web3 with NFTs acting as an entry point.

Under the deal, the Manchester United player, alongside Binance, will create several NFTs products on the platform, with initial collectables slated to be released later this year.

Ronaldo’s intent to be part of NFTs

Commenting on the partnership, Ronaldo stated that the NFT space is a key element in connecting with his fans.

“My relationship with the fans is very important to me, so the idea of bringing unprecedented experiences and access through this NFT platform is something that I wanted to be a part of. I know the fans are going to enjoy the collection as much as I do,” said Ronaldo.

Elsewhere, Binance CEO Changpeng Zhao acknowledged that the Portuguese international has amassed a loyal fan base hence the need to connect.

Although the cost of the partnership between Ronaldo and Binance has not been revealed, it is worth noting that most cryptocurrency businesses have cut down on ad and celebrity endorsement spending amid the ongoing market meltdown.

As reported by Finbold, most crypto businesses reduced their advertising budget by about 90% since Bitcoin’s November 2021 all-time high. Interestingly, some entities like Coinbase (NASDAQ: COIN) have imposed hiring freezes alongside laying off staff.

Notably, Ronaldo joins a host of athletes and sports entities globally, hopping on the NFT trend in a bid to sustain engagement with fans. Finbold reported that professional basketball player Kevin Durant from the Brooklyn Nets of the National Basketball Association (NBA) filed for 26 NFT and metaverse trademark applications.

The applications seek to help Durant fans purchase his downloadable and unique NFTs, NFT-backed media, and crypto-collectables, among others. 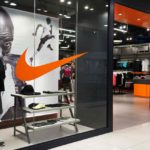 Nike gets downgraded and announces exit from Russia; What's next for NKE stock?