Former US Treasury secretary Lawrence Summers has said that the cryptocurrency industry should embrace government regulation for its own benefit.

In a new interview on Bloomberg TV, Summers explained that since large financial sums are at stake in crypto, it is unrealistic to expect the industry to operate without government oversight.

Summers, who previously served as chief economist of the World Bank, secretary of the Treasury during former President Bill Clinton’s administration and director of the National Economic Council during former President Barack Obama’s term, compared the crypto space with the airline and automobile sectors, which would not be viable if not regulated.

The former US Treasury secretary explained:

“When you have large financial sums in secret, you have risks of money laundering, risks of supporting criminal activity, risk of innocent people being ripped off.”

“I think the crypto community needs to recognize that and needs to work cooperatively with governments and if they do that. I think that this innovation can be one of the important innovations of this period.”

Countries banning crypto due to lack of regulation and risks

The economist shared his stance on the upside of regulating the crypto industry after China announced that it is banning all crypto transactions and illegal mining in a move that threatens the trillion- dollar digital asset industry.

China has long been unsupportive of crypto citing its ties to illicit activities and excessive energy use, but it is not the only nation opposed to digital assets.

Turkey also imposed a ban on cryptocurrency payments. Officials considered the lack of regulation and the absence of a central authority as a risk for investors who cannot recover their losses.

India is also anticipated to present a bill to ban private cryptocurrencies in the country. One of the reasons behind the proposed legislation is that cryptocurrencies are used to fund legal activities.

Amid concerns over an unregulated sector, Summers said that the crypto industry needs to shed the idea that it will function as a “libertarian paradise” without government rules. He pointed out that regulation can protect not just the consumers but also the broader industry. 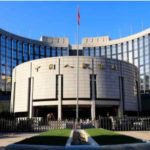