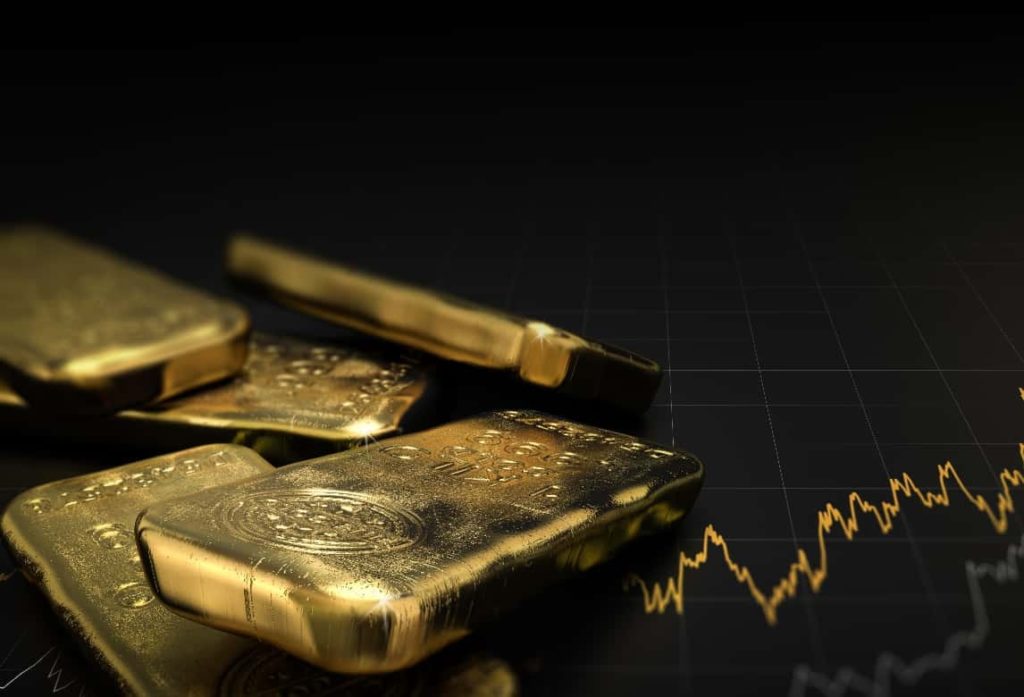 Covid resurgence has contributed to the risk-averse sentiment seen in the gold market, which is now trading just over $1,840 in an effort to bounce back from an eight-day low of $1,839.

In the midst of winter’s onset, investors’ spirits are dampened by fears of another European lockdown owing to a coronavirus outbreak. Gold’s price fell by around 0.7% on Friday, dropping from a high of $1,865.83 to a low of $1843.09.

Meanwhile, the US dollar gained strength as Austria said it would be the first Western European nation to reimpose a complete shutdown, and Germany hinted it would do so as well, driving the euro lower.

Gold prices fell on Friday after Federal Reserve Board Governor Christopher Waller said that he supports a quicker rate of tapering of quantitative easing asset purchases. By supporting the US central bank’s party line on inflation, Waller expressed concern that price hikes would become a permanent element of earnings.

Further potential is restricted, though, owing to a generally higher US currency and rising Treasury rates. Despite the recovery, gold remains in the red zone for the third consecutive session, having been rejected at the important $1,870 level last week. A prospective rise in interest rates might have a substantial influence on non-interest-bearing gold during this week.

Recently, there have been mixed opinions about gold, with gold prices surging to a five-month high amid growing inflation. Gary Wagner, a renowned technical analyst, stated that the dollar’s connection with gold had an effect on the metal’s value. He said that the dollar is inextricably linked to gold and that when the currency declines, the metal increases.

Similarly, E.B. Tucker, director of precious metals exposure company Metalla Royalty, declared that investors should continue to accumulate gold and not be discouraged by short-term price fluctuations. He cited gold’s over 550% gain since 2000 as evidence that the precious metal is a sound long-term investment.

He emphasized that his position on gold is not speculative but rather based on variables that might trigger new price movement. Gold prices have also increased in tandem with growing inflation, somewhat confirming the claim that the precious metal is a hedge against inflation.

In recent years, a rising number of fund managers and institutional investors are choosing Bitcoin (BTC) over gold as a means of preserving their capital, considering cryptocurrencies to be a superior store of wealth and inflation hedge.

Galaxy Digital Holdings CEO Mike Novogratz said on his business’s third-quarter results call last week that Bitcoin is a greater store of value than gold. Even though he said that “gold was probably an okay asset to own in this environment,” continuing “it’s just gotten crushed by Bitcoin.”

“Bitcoin is just a better version of a store value, and it’s being accepted at an accelerating pace. There are now over two hundred million people around the world that participate in the Bitcoin ecosystem, and it continues to grow.”

Bitcoin to outperform gold in the future

Elsewhere, Anthony Scaramucci, the founder of Skybridge Capital, believes that Bitcoin will outperform gold in the future. Scaramucci had previously stated that “anybody that does the homework… ends up investing into it.”

In his recent comments, he said that Bitcoin is still in its infancy and predicted that the cryptocurrency’s price would easily reach $500,000. He encourages investors to get some Bitcoin right now. Scaramucci had the following viewpoint during a conversation about market capitalization:

“I think it’s probably going to be ten times better than gold over a long period of time. I’m not going to be surprised if bitcoin goes up at an exponential rate and gold goes up at a linear one.”

Paul Tudor Jones is yet another well-known fund manager who has lately said that he favors bitcoin over gold. At the end of last month, he said that Bitcoin is his preferred method of protecting against inflation in the present economic climate, noting that: