The global cryptocurrency market is currently experiencing buying pressure after weeks of sustained selling. The market’s momentum has been triggered by gains in assets such as Bitcoin (BTC), which is targeting new highs after days of consistent resurgence.

In particular, by press time on January 12, the global crypto market controlled a capitalization of $910.56 billion. The value represents an inflow of about $22.27 billion within 24 hours, according to data by CoinGecko.

As things stand, the crypto market is almost $900 million away from reclaiming the $1 trillion valuation that was last recorded in early November 2022. Notably, the $1 trillion level is considered the next psychological threshold for the general market.

Indeed, the maiden cryptocurrency, Bitcoin, is leading the way after reclaiming the $18,000 support level, which is considered crucial to hold if BTC is to target $20,000. By press time, Bitcoin was valued at $18,082 with daily gains of almost 5%.

Furthermore, the buying pressure in Bitcoin has resulted in the asset market capitalization of the asset to hit $349.50 billion.

The current price level means that Bitcoin has extended an eight-day winning streak for the first time since 2020 when the global financial markets were hit with the effects of the pandemic.

Bitcoin’s ongoing rally was initiated after being backed by positive macroeconomic news aided by the slowing down of Consumer Price Index (CPI) data. In this case, the Federal Reserve will likely ease its interest hike regime.

Besides Bitcoin, other assets that are leading the market in gains include Ethereum (ETH), which surged by over 11% in the past week, XRP with 8% weekly gains, and Solana (SOL), with seven-day gains of over 20%.

Besides the positive macroeconomic news, the crypto market is also partly benefitting from renewed institutional demand. As reported by Finbold, the electronic’s giant Samsung announced plans to list a Bitcoin exchange-traded fund (ETF) in Hong Kong. 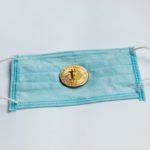